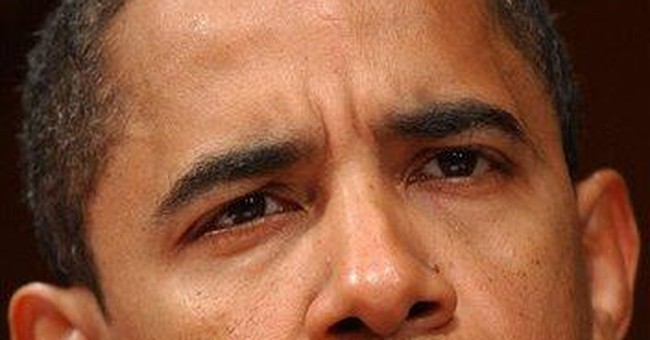 When The Pillsbury Company appointed me president of the then-troubled Godfather’s Pizza chain in 1986, they were not looking for a black president because it was time for the first time in its history to have a black man in charge of a major business unit. They were looking for someone who had successfully demonstrated leadership ability.

In the real world, the individuals who usually rise to the top of their chosen professions and achieve their dreams are the most talented and hardest working. In the political world, success is too often determined by political tenure, timing and factors none of us can control, such as our race, ethnicity or sex.

The process for choosing the next president of the United States should focus on electing someone with the experience and leadership ability to identify the most important challenges to our economic infrastructure and national security, and to articulate common sense solutions. The job is too important to choose someone solely because they are black, Hispanic, or female. Yet the media and many of the Democratic Party’s self-appointed kingmakers are focused solely on the Democratic candidates’ checkbox demographics, and not on their ability or the substance of their message. So far, substance is noticeably absent from these and most of the presidential contenders.

In a January 25 Washington Post article on Senator Barack Obama’s (D-IL) support among Democratic African-Americans, Reverend B. Herbert Martin of Chicago stated, “How does he identify himself? Will he continue to be an African-American, or will he become some kind of new creation?”

African-American columnist Stanley Crouch wrote in a November 2, 2006 column, “Other than color, Obama did not – does not – share a heritage with the majority of black Americans, who are descendants of plantation slaves.”

Isn’t it funny that it is the liberals who are obsessed with Obama’s race? Many of those who claim to be black leaders in the mold of Martin Luther King, Jr., who stated that we should judge each other by the content of our character and not the color of our skin, cannot get past Obama’s skin color and how the senator plans, if at all, to represent his skin color.

Of course, the origin of Obama’s parents has nothing to do with his cautioned support from liberal black leaders. As Debra Dickerson notes in a January 22 Salon.com article, “He didn’t attain power through traditional black channels (not a minister, no time at the NAACP) so, technically, he owes the civil rights lobby nothing, but they need him in their debt.”

In other words, if Obama doesn’t start blaming Hurricane Katrina on tax cuts for the rich, he can forget about support from Jesse and Al and all of the class warfare warriors. They’ll give their endorsement to Hillary and Bill, who will be more than happy to put them on the payroll.

Obama’s potential challenge in attracting black voters does not exactly grease the skids to the nomination for Sen. Clinton, however. The media and likely Democratic voters appear to be as obsessed with the fact that Clinton is a female as they are that Obama happens to be black. Des Moines Register political columnist David Yepsen recently wrote, “Polls show just about everybody knows Clinton and has an opinion of her. Some are energized by the prospect of the first woman president, and she'll attract support from those who say “it's about time” and women who say “it's our turn.” But she also registers some of the highest negative ratings of any candidate in the race.”

In reality, there isn’t much diversity among the Democratic presidential candidates. Yes, Obama is black, Hillary is a woman and Bill Richardson is Hispanic. But they are all liberals who advocate universal health care, high tax rates on everyone and cutting and running from the global war on terrorism. Whichever nominee Democratic caucus and primary voters select, they will voice the same old liberal class warfare rhetoric, chapter and verse.

When I ran in the 2004 Republican U.S. Senate primary in Georgia, the majority of my support came from white Georgians, not urban Atlanta’s African-Americans. Those who supported my campaign and voted for me embraced my issue-based campaign of a strong national defense, replacing the income tax code, restructuring Social Security and the health care system, and not the color of my…eyes.

But what did the media always want to ask me about? My position on affirmative action. My standard answer was, “It depends on what you mean by the term ‘affirmative action’.” That usually caused blank stares from the reporters and allowed me to turn the focus back on the big issues.

One would think that by 2007, we would have moved beyond judging each other by the demographic factors that only God can control. Our great nation is starved for political leaders in the Capitol and the White House with the courage to fix the crumbling and archaic pillars of our economic infrastructure, regardless of the perceived political fallout. It’s not time for a white president, a black president, a female president or a Hispanic president. It’s time for a leader.