A Europe That Cannot Listen 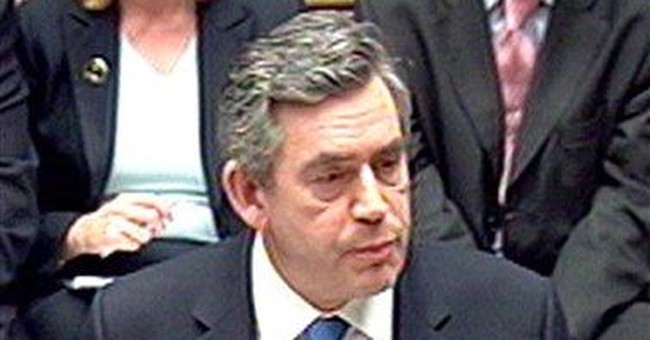 Europeans invariably challenge President Bush by saying reflexively the president doesn’t listen. According to the European critique, the United States should not have gone into Iraq, should not remain in Iraq, should use diplomatic instruments rather than military strength, should concern itself with “real” problems like global warming rather than the fixation on terrorism and should repair its alliance with European nations by listening instead of brow-beating.

While Europeans usually say “we love Americans” that comment is quickly modified by the assertion “we hate President Bush.” It doesn’t occur to them that George Bush was elected by the American people. Yet one European observer after another noted in recent conversations that we would be cheering in the streets if a Democrat is elected president in 2008.

Remarkably the European charge against President Bush appears to me as a classic case of projection. It is the Europeans who do not listen; all they hear is their own echo.

Whatever one believes, the United States went into Iraq because it is a nation that exhibited imperial ambitions, is located in a region that spawns terrorists, had terrorist camps on its soil and Saddam Hussein had every intention of acquiring nuclear weapons. These matters are indisputable, despite European claims to the contrary.

A precipitous departure from Iraq, according to almost every commentator on the issue, would foster a regional war and embolden jihadists who would regard this American departure as a victory.

Notwithstanding understandable reluctance, the United States is engaged in direct negotiations with Iran that insists the U.S. leave Iraq and call its invasion a failure. While Europeans claim this negotiation is the right move, they also declare it came “too late.”

At the recent G-8 meeting in Germany, President Bush called global warming a problem and insisted on voluntary national steps to control the warming trend. Yet almost every European editorial criticized him for not adopting the Merkel plan which insists on national carbon limits and a required global cooling condition, even though India and China, the two most populous nations, reject the imposition of limits.

If the president’s global warming speech is any indication, he is listening to the Europeans but they aren’t listening to Bush. They have dug in their heels and refuse to consider the American position.

One German analyst said, “the American preoccupation with terrorism is perplexing.” Perplexing? Apparently the Madrid railroad bombing, Theo Von Gogh’s assassination and the 7/7 attack in the United Kingdom did not leave a lasting impression. This German went on to note “that there is nothing you can do about terrorism since we (Europeans) reside in open and therefore vulnerable societies.” Nothing you can do? These four words represent the significant difference between the U.S. and the E.U.

Europe has seemingly resigned itself to a future fate of subjugation. It knows how to enjoy freedom, but not how to defend it. It resents the United States, that despite ideological divisions, is intent on fighting back, on using its intelligence apparatus to apprehend jihadists and creating fronts in the regions where terrorism thrives.

The spirit of Neville Chamberlain lives in European capitals as capitulation and appeasement now dominate intellectual circles. Even if the Europeans were to change course and adopt a posture President Bush has proposed, they have neither the budgetary requirements nor the military strength to deal with the challenge.

What they do have is the ability to criticize the resister. From an arrogant perch, they condemn the actions of President Bush. However, the Europeans may be surprised whey they get what they now desire: a Democratic president. For whether it is Hillary or Obama, the American public is mobilized to fight back. Our national impulse demands it; 9/11 was merely a reminder of the threats that exist on the world stage.

The question that Americans rightly ask is who is listening to whom. We saved Europe from destruction several times in the twentieth century. Must we do it again in the twenty-first century? Perhaps it’s time the Europeans listened to us.