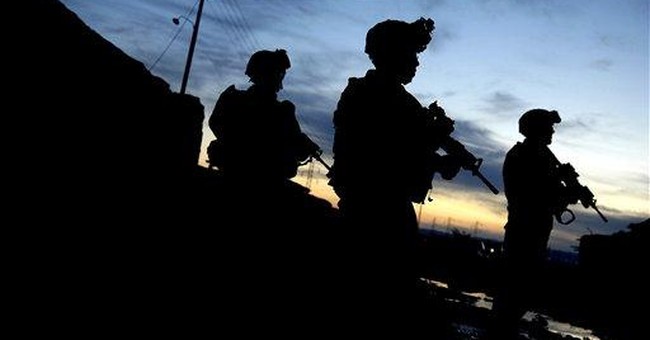 Having just returned from a sojourn to Hawaii, I can testify that America is dripping in affluence. The luxury hotels where thousands are spent each day are filled to capacity. Occupants range from the very young to octogenarians, but all are there to luxuriate in the sun and sand without any apparent regard for the cost.

Of course this isn’t all of America, but it is a representative sample. A disproportionate number have tattoos and piercings. Obesity is ubiquitous. The conversations are mostly about sports or the weather. Alfred E. Newman of the “what, me worry?” fame is alive and well and residing in Hawaii.

Yet in a sense this remarkable condition is a national disadvantage. Struthious – like these Americans are not prepared to sacrifice. Their vision of the future is the next meal. Despite the turmoil on the world stage, these Americans have their head in the sand. Is it any wonder public opinion polls show a disinclination to continue the nation’s commitment to the war in Iraq?

After all, Iraq is far away. Can the Shia militants or al Qaeda attack Hawaii? Well, the fanatics did attack us on 9/11, but that is “ancient history,” already a faded memory. Paradise seems to be insulated from world affairs.

In New York the great god Aerobic is worshipped; in Hawaii, it is Ra, the sun god. People rise to see him rise and gaze in wonderment as he sets. In between, they sit or sleep in rapture as he makes them red or brown.

On a distant shore people are dying. Some are willing to kill themselves as long as they kill others in the process. But these are, after all, newspaper accounts in what appears to be a far away world.

Can Mr. and Mrs. Tourist rouse themselves to fight, to defend the freedoms they obviously enjoy? As I see it, the picture isn’t promising. They haven’t yet come to realize what is at stake in this war against jihadism. They sleep under the hot sun oblivious to a world gone mad.

When they read, it is escapist novels and when they speak, it is about escapist language, e.g. where is the next destination. After hours under Ra, they often seek another favorite past-time: shopping. Even President Bush noted immediately after 9/11 that America should return to normalcy by going back to the malls. Here was the signal that this war declared against the United States was not a war that involves you.

President Bush was caught on the horns of a dilemma. If he emphasized what was truly at stake, he invites hysteria; if he suggests doing nothing differently, as he did, he invited complacency. In Hawaii that complacency translates into somnolence.

The islands are asleep. Yet even in paradise, danger lurks. It is not the danger of terrorism about which there is scarcely a word uttered, it is the potential for volcanic eruption. Below the surface, below the tranquility, there is explosive activity. In a way, this is a metaphor for the nation. One sleeps at his own risk.

Rousing America from this state of affairs is, to some degree, the responsibility of government. On this matter, the government has failed. The nation is unprepared for battle.

The tourists come to paradise to frolic. War is the furthest thing from their mind. I pray they will not have to fight. I pray that life remains a bowl of cherries. I pray, as well, that the real God is in his heaven and all is right with the world.

But what if my prayers aren’t realized? What if paradise is an illusion? What if the jihadists seek to bring bloodshed to our shores again making it clear that our insouciance is their advantage?

The Hawaiian sun shines each and every day. Ra speaks to tourists. There does not appear to be an end to the relaxation regimen until, of course, that day of dread emerges. Prayer helps; in the end, an ability to fight is even more important. I only hope that spirit can be summoned when and if the time to defend our nation comes.

The Thread That Shreds CNN's Fake News idiocy...And This Is Just the Tip of the Iceberg
Townhall
'OMG, this CAN'T be real'! Amy Siskind tries deleting tweet explaining why people can 'trust' military action under Biden and LOL (we got it!)
Twitchy
Possible Assailant Found in Officer Brian Sicknick's Death
Redstate
Vatican Betrays Virgin Mary for Prophet Muhammad
PJ Media