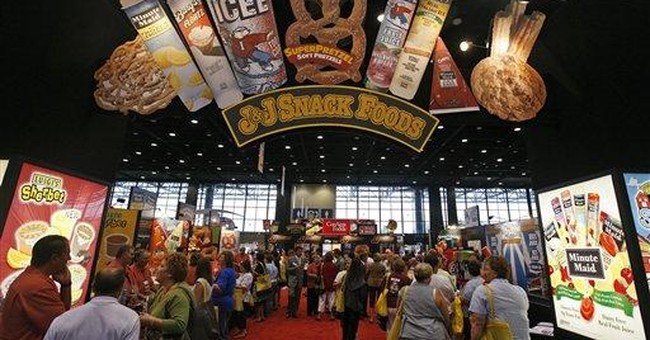 Last April I was in Chicago for a political science conference. I found our own conference fairly routine and was more intrigued with the education research conference going on down the street where more that 12,000 education scholars met at the American Education Research Association meeting. That event was covered well by Frederick Hess of the American Enterprise Institute in the National Review Online a while back, where he noted just how nutty and irrelevant much of their activity has become.

He wrote, “ . . . [T]hose policymakers interested in Creolist perspectives on social change, the hegemony of standard English, and the current status of the Whig party, doubtless flocked to the session featuring the research ‘Beyond the Anglicist and the Creolist Debate and Toward Social Change,’ ‘The Ebonics Phenomenon, Language Planning, and the Hegemony of Standard English,’ and ‘The Whig Party Don't Exist in My Hood: Knowledge, Reality, and Education in the Hip-Hop Nation.’”

Now that should raise test scores, don’t you think?

Other notable presentation included ‘“Identity, Positioning, Knowledge, and Rhetoric in the Pedagogical Practices of Elderly African-American Bridge Players’ and ‘Everyday Pedagogies in Basketball, Track, and Dominoes: Culture, Identity, and Opportunities for Competence.’”

Perhaps I should not mock. Who cares if these academics have their fun? None of this matters in the real world, does it?

In some disciplines, like my own, or say, in sociology, there may be little cause to worry as such academic escapades have little chance of filtering down into the real world. But education is different, because, by some kind of perverse logic, this stuff does indeed make it into your daughter’s fourth grade class. That’s the important difference with wacky research in education; people actually try to implement it.

I am reminded of the Chicago conference—and of education research in general—because I just got back from the beach.

A number of my relatives, you see, are public school teachers and I look forward to these family gatherings to catch up on what kind of nonsense is going on at the street level of public education.

I wasn’t disappointed this time around.

It seems that at the school where one of my relatives teaches, administrators, emboldened by “consultants,” are implementing a new “4.0 grading system.” Parents are casually told that it is “kind of like the college 4.0 grading system” which corresponds, of course, to the traditional range range from “A” to “F.”

But wait a minute. Those parents who ask the right questions discover that it is precisely designations like “A,” “B” and “F” that have been messing up our kids’ education because such marks promote “competition” and thus cripple self-esteem—or so the zealous promoters of this brave new grading system tell us. And so, this time around,1.0, 2.0, 3.0 and 4.0 means something entirely different: The marks are tenuously tethered to the teacher’s assessment of the pupil’s progress, and whether little Johnny is adequately meeting various interesting but fairly subjective criteria.

Not surprisingly, my relative tells me it is the parents who are up in arms over the new system as they rightly fear that they will no longer be able to assess their child’s progress with any accuracy or confidence. These parents will also undoubtedly discover a few years down the road that the colleges to which their kids apply will put even more weight on their children’s SAT or ACT scores since they will be unable to make heads or tails of the new 4.0 system.

As we gathered around the grill (my niece’s husband is a competitive barbecue man), another relative described a seminar speaker who used Julie Andrews’ performance in the Sound of Music to explain what teaching is all about. Maria, the erstwhile nun, teaches by “doing”: she and the Von Trapp children ride bikes together, picnic together and sing together in the Alps. Accordingly they win the local music competition because “that is what teaching is all about!”

But, my relative complained, “I can’t sing and we can’t use bicycles in the classroom and the landscape in our district is flat as a pancake. Red Georgia clay lacks the inspirational quality of alpine Austria.” He further explained why the seminar—however interesting since everybody loves Maria—wasn’t practical. First, he pointed out what I already knew: he is not an entertainer. He can’t carry a tune in a bucket. (It’s a family curse on my wife’s side of the family. “Happy Birthday” sounds like a guttural achromatic funeral dirge.) Julie Andrews, by contrast, is an entertainer.

Secondly, Julie Andrews was working with extraordinary pupils, not average students. As far as classroom motivation goes, you can’t tell the average geometry student, “If you pay attention and learn what I’m teaching you, you will become an international movie star.”

Consequently, Julie Andrews Style Teaching wouldn’t work with the majority of teachers or students. But the movie sure makes for a great Saturday seminars and all the happy high school teachers went home humming “My Favorite Things.”

But such practical observations are often lost on educational enthusiasts who claim to have found the magic key to education, a discovery that has eluded so many others.

My brother-in-law the chemical engineer, always practical, demanded, “Why do they experiment like this?” I suggested it is because many careers are built on just this kind of experimentation, careers that range from the university research level down to the state and local administrative levels. New theories are good for tenure and promotion and a clever way for bureaucrats to stay in power.

It is, however, past time to adopt a healthy suspicion of experimentation in the classroom, whether those experiments are in the area of sex education, bilingual education, or “exciting new ways” to read and do math. Perhaps only in the context of modern American education could Alfie Kohn, an educational theorist, assert, “I am suspicious of the very word ‘discipline’—perhaps because of its proximity to ‘bondage.’’’ We proceed more carefully when training dogs. After all, a good Labrador Retriever is worth a lot of money.

American educators and administrators should adopt the medical profession motto, “First, do no harm.” Teachers, the real heroes and heroines in education, are frustrated to the point of tears at having to endure one ill-conceived change after another. Many programs packaged as “better ideas” constitute an impossible burden for instructors. Teachers can survive unruly and apathetic students, petulant parents, and insufficient funding. Even the best teachers, though, may not long endure the relentless “reforms” imposed upon them from above by their own professions and bureaucracies. It is a wonder that many teach at all; unfortunately, many of the best no longer do, having long ago been driven to despair.

Another frustrated elementary teacher observed of the recent changes imposed on his school: “The maddening thing is that in a few years, all these new requirements will be scrapped in favor of a whole new package of ‘better’ ideas.” The teaching profession is losing teachers, forcing schools to resort to extreme measures at times to keep a warm body in the classroom.

For the good of both students and teachers, the burden of proof should be on those who want to disrupt learning by introducing “fuzzy math,” “whole language,” “values clarification” and the like. Parents and teachers should not be in the position of having to constantly assume a defensive posture against an onslaught of “improvement.”

Experimentation has become the unquestioned norm in our classrooms. Many educrats feel something is wrong is they are not trying out a new theory on our hapless students.

Consequently, on the front lines, schools must grapple with fads frequently imposed by the educational bureaucrats to whom they are subordinate. Schools are regularly thrown into disorder by frequent redesigns of the curriculum based on the “latest research” and teachers spend all their energy trying to satisfy administrative dictates, rather than attending to the main business of teaching.

As I arrived in Chicago, a pleasant spring snow was fast turning into a messy, dangerous wind driven slush. In retrospect, the downturn in weather was not a bad metaphor for the ruinous experimentation promoted by the education conference just underway.

Unfortunately, stopping all of this nonsense will be as difficult as it would have been to stop the bad weather in Chicago.