Kill One, Save None 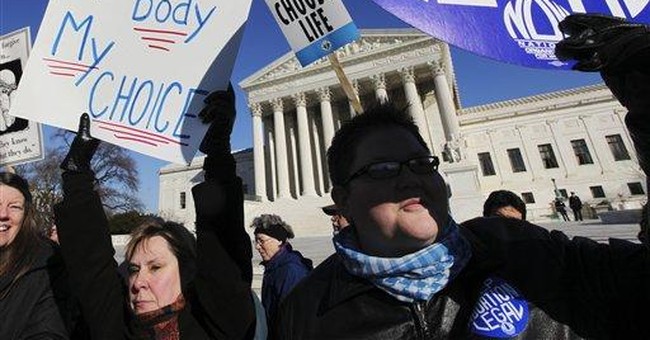 Last Tuesday, I stood in front of the steps of Maryland State House as one of the speakers at an annual pro-life rally. Nearly 1,000 demonstrators chanted, sang, and vowed to return to their homes that night to strategize organizing their houses of worship, schools, and communities to fight the continuing devaluation of human life by the American public. When it came time for my remarks, I reminded the crowd that the battle for life was not over – we simply have new battle lines.

The day before our rally, President Obama made a powerful but concerning speech, justifying his decision to remove the restraints against government funding of embryonic stem research. The president warned twice that overstating the promise of stem cell research is wrong. This was wise, as embryonic stem cell zealots are promising handicapped men and women breakthroughs during their lifetime for the most debilitating diseases. Although it was refreshing to hear a cry for tempered expectation from the president, future research could lead to major ethical transgressions, such as human cloning.

Most pro-life conservatives believe that Congress should have banned federal involvement in human embryonic stem cell research based on the fact that it destroys a human being. We believe that the nation should never approve the destruction of living human beings to preserve or promote the health of other living human beings in the name of science. Based on this moral posture, the religious community especially encourages the use of alternative sources of stem cells, such as adult stem cells, those from umbilical cords or placentas, or other new sources such as reprogrammed skin cells by increasing federal funding for this type of research.

The embryonic stem cell research debate became personal for me this past September when my wife needed a stem cell transplant. All other treatment for her blood cancer - multiple myeloma - had failed. Let me take a moment to describe her treatment protocol. Weeks before the transplant, she went into the hospital where her own stem cells were frozen and stored. Later on, high-dose chemotherapy was administered to her in a sterile hospital unit on a 24 hour basis for a week. Finally, her stem cells were given back.

What I have just clumsily described is an autologous stem cell transplant. This by far is the most common type of transplant performed on myeloma patients today. The term “autologous” refers to stem cells that are collected from an individual and given back to that same individual. Autologous transplants are also referred to as auto grafts. The doctors believe that this treatment has given my wife back her life and her future. Ironically, this encounter with modern science reminded me why I am pro-adult stem cell research (which has yielded 72 treatments or cures like my wife’s) and anti-embryonic stem cell research (which has yielded no treatments or cures). Congress should obviously not have opened the flood gates of embryonic stem cell research because it’s ineffective!

In the ten years that embryonic stem cell research (ESCR) has been conducted, there have yet to be any successful treatments of any medical condition. In fact, ESCR is problematic in that the cells divide and multiply so rapidly that they create tumors. There are also problems of host rejection. There is, however, a successful and ethical alternative: adult stem cell research.

Unlike ESCR, seventy-two breakthroughs have been made in adult and cord blood research. These breakthroughs are addressing major health concerns, such as ovarian and breast cancer, diabetes, and heart disease among others. With the success of adult stem cell research, logical people conclude that we should put money where the breakthroughs are occurring and stop cloning embryonic cells.

We should be investing our resources in this kind of medical and scientific research that is not only effective but is also ethical in that it does not require the destruction of a human embryo. In this debate over human life, regardless of whether it is over abortion, embryonic stem cell research, or end of life issues, we must have a fixed reference point from which we do not deviate. That point is simply this: all innocent human life is deserving of our collective protection.

Research that involves the destruction or manipulation of embryonic human beings should be eliminated from universities. Higher institutions affiliated with religious institutions must understand the indictment they bring on our beliefs if they participate in research involving human embryonic cells. College alumni must take the time to find out if their alma maters are participating in morally suspect research. If an institution is using human embryos, its alumni should petition to halt such research. The academic community should set standards that define the precious and unique nature of each human life.

In a legal brief filed by Mother Teresa in a court case in New Jersey a number of years ago she wrote:

I have no new teaching for America. I seek only to recall you to faithfulness to what you once taught the world. Your nation was founded on the proposition—very old as a moral precept, but startling and innovative as a political insight—that human life is a gift of immeasurable worth, and that it deserves, always and everywhere, to be treated with the utmost dignity and respect.

The goal of life should not be to enrich and prolong our own lives at all costs, especially when that cost is the next generation. If we aggressively follow the path of cloning and embryonic stem cell research, we will become the first generation of Americans to fail to make sacrifices so that our posterity might prosper. We will also wrongly commit to sacrificing our posterity in the pursuit of the elusive fountain of youth. We are better than that. Let’s commit to the protection all human life.