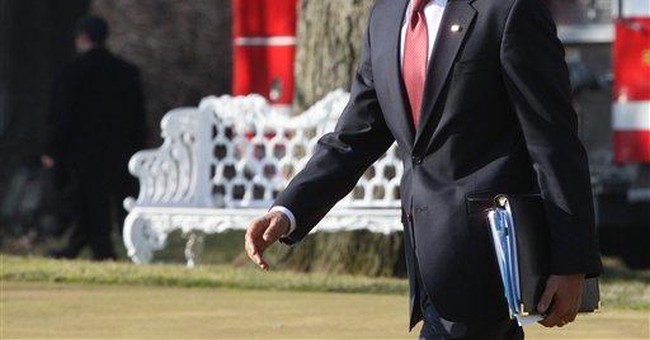 I am disappointed with the current political wrangling over the economic stimulus package. It seems that the whole world wants change - except for Washington politicians. President Obama is off to a very rocky start because he has failed to stand up to his own party members behind closed doors. In addition, he has failed to use his communications gift with the surgical skill the hour requires.

President Obama’s speeches and press releases will be the essence of future case studies in MBA and MPA programs all around the world. History will tell us that some of them fell short of his usual brilliance. Last Thursday’s speech at the Democratic retreat in Williamsburg will be a classic example of the misuse or abuse of his powerful verbal skills.

Nervous about the worsening economy and the need to get things rolling, President Obama’s advisors thought that they could kill two birds with one stone by simplifying a very necessary communications process. Coalition building is a very delicate art. It is not a science that can be reduced to a timetable approach.

Cocky from their recent victory, Obama strategists minimized the time and energy needed to turn the corner at this time. They are still acting in the campaign modality. In their minds, the process would be easy. First arrive at a solution, next get Capitol Hill buy–in, and finally get the ball rolling.

Life in DC has never been that simple. Just ask George Bush about the Faith Based Initiative or Hillary Clinton about healthcare. Obama’s first problem was that a partisan group of Democrats wrote down their best shot at developing a plan. They forgot that three major groups will determine whether we beat this recession quickly – the nation’s current management elite, Washington politicians and staffers, and the voting public. Each group has unique concerns. Each can accelerate or delay our national recovery, and not one of them can act in a vacuum.

The sin of Thursday’s message was not simply that the administration sought to speak to two audiences at once (legislators and voters). The oversight of not speaking to the barons of business was a huge mistake. Highly paid presidential advisors have forgotten that the 500,000+ jobs lost during the two last months have come as the result of widespread management decisions. They were not inevitable. These losses were incurred because managers, from a wide range of industries, perceived that we are entering into an unusually hostile environment for business leaders.

These leaders are not going to wait 18 months to see if the stimulus plan works. They are doing what they think is best for their companies, right now. In the meantime, the president has not once talked directly with these leaders through a dedicated PR strategy. Not once has the president asked business leaders to slow job reductions. Instead he and his advisors have repeated a vision about new green jobs without giving reassurance that the companies that are currently paying both the American payroll and tax bills will be strengthened.

Although the economy has worsened in recent months, many business leaders are just following a “group think” process. Nearly 100,000 US jobs (16% of the months’ job losses) were announced on the very same day two weeks ago. These announcements were made by executive fiat. Orders had not suddenly dried up; major trends had not suddenly shifted. A handful of US captains of industry simply decided to act in a concerted fashion.

A national, presidential message of a commitment to business could have saved jobs or at least delayed the massive layoffs. In the absence of a clear current industry dialogue the chief economist of Wachovia foresees the loss of at least 1.5 million more jobs in the next four months

Another troubling aspect of our communications conundrum is that many of our politicians have been acting as though they know “the right answer” to our recession woes. The truth is that we think we know a huge number of isolated facts about economic recessions but no one knows exactly where the re-boot button is.

Therefore when the president makes the following statements, “…the scale and the scope of this plan is right. If we don’t move swiftly an economy that is in crisis will be faced with catastrophe ...millions more Americans will lose their jobs. Homes will be lost. Families will go without healthcare. Our crippling dependence on foreign oil will continue. That is the price of inaction. He seems to be unaware of the price his administration will pay if the stimulus plan does not work.

It would have been better if he had said, “We’re going to start our change with the things we can agree on, and we’re going to keep trying until we get it right!” This approach would be consistent with the prescriptions of most leadership and change experts - building a bi-partisan economic transition team that creates momentum by making strong decisions in the beginning, publicizing the results, and tackling the toughest issues last.

Since the success of any stimulus package will likely take many months to ascertain, we would be best served by humble public servants who proceed with caution and enthusiasm. Last Thursday’s stimulus speech should never have been broadcast from Williamsburg. The broadcast made the president seem very partisan and even a little petty.

Finally, the president has failed to give his loyal followers specific marching orders or directives that will help them turn tragedy to triumph. My advice to the president is to return to bi-partisan language and to go back to projecting his transcendent vision for the future of the US. Creating a bi-partisan economic transition team comprised of his administration and the loyal GOP opposition would also be a wise step. The “professor”/president needs to pursue unity on the Hill, dialogue with industry, and develop a feeling of hope among the voters. A communications strategy, with each of these goals in mind, will change the president’s grade from a D to an A+. Fortunately for us, the new president is a quick study. I have just one prayer for him during the next few weeks – that he hires a few more experienced tutors.