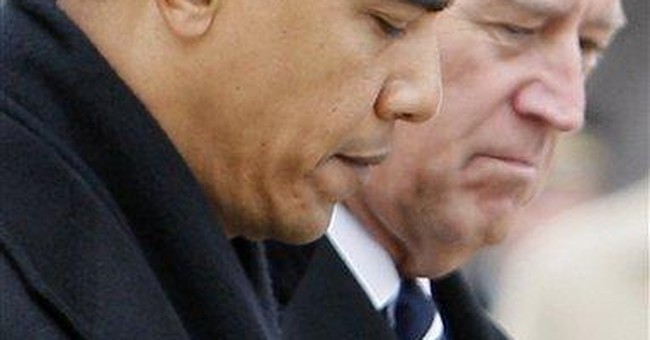 “The ultimate measure of a man is not where he stands in moments of comfort and convenience, but where he stands at times of challenge and controversy. The true neighbor will risk his position, his prestige, and even his life for the welfare of others. In dangerous valleys and hazardous pathways, he will lift some bruised and beaten brother to a higher and more noble life.” When Dr. Martin Luther King Jr. wrote those stirring words in 1963, he was up to his neck in controversies, struggling to build a movement and gain support for the cause of civil rights at a time when the resistance from forces seen and unseen was overwhelming.

He had carried out successful voter registration drives in Georgia, Alabama, and Virginia by that time, and in August of 1963 he would lead the now legendary March on Washington. When he addressed that crowd of nearly a quarter million men, women, and children from the steps of the Lincoln Memorial, Dr. King laid out for all Americans a dream of reconciliation and renewal that would change the conversation about race relations forever. He helped America to understand that reconciliation isn’t about division but addition, and about the process of bringing us together as a nation.

King’s efforts worked! As a result of his personal sacrifice, the worst kinds of bigotry and oppression are much rarer now than they were a generation ago. King would be pleased that the nation no longer has 40 percent of black Americans living below the poverty line, along with another 20 percent barely financially solvent. Even though there still remains a significant income gap between whites and blacks in this country, blacks have come a long way. African Americans control an estimated $800 billion in annual purchasing power. “Black America” would be the 15th or 16th richest nation on earth, if its economic strength were expressed as a gross domestic product. This is an amazing achievement for one race in one generation. More amazing than the financial, educational, and entertainment achievements of the black community is the fact that in 2009 we will witness the swearing in of our nation’s first black president. Just one day after the 23rd federal celebration of the MLK day, Barack Obama will become the nation’s 44th president. Dr. King could not possibly have suspected that his speeches would have been so catalytic - literally changing the outlook and practices of the nation.

The “I Have a Dream” speech has become a major historic document – often quoted but often not fully comprehended. Let’s take a moment to reconnect with Dr. King’s heart and vision as he gave his historic speech. He had come to Washington to dramatize a shameful condition and in a sense to cash a check. He explained to the nation that the founding fathers of America had given its citizens a “promissory note.” King’s metaphor was very clear as he continued his speech, “Instead of honoring this sacred obligation, America has given the Negro people a bad check, a check that has come back marked insufficient funds… We refuse to believe that there are insufficient funds in the great vaults of opportunity of this nation....”

If the 1963 The March on Washington was about blacks making a bounced check good, the swearing in of Barack Obama will show the last, the least, and the left out that it’s possible for their family to cash their inheritance check. The level of the joy expressed on Tuesday will be proportional to the feelings of shame and rejection each individual has experienced. The larger the bounced check – hope deferred, dashed dreams - the greater the joy for President Obama.

Many white Americans will also weep at the ceremony because President Obama will represent hope, possibility, and destiny to them as well. The kind of America we all want to live in is a racially reconciled America that gives opportunity to all its sons and daughters. In fact, the then candidate Obama realized this connection with King’s Dream when he gave his acceptance speech at the Democratic National Convention in August 2008. Ironically, or should I say providentially, he accepted his party’s nomination on the anniversary of King’s most celebrated March on Washington.

Although I don’t always agree with all of Barack Obama’s policies, politics, or philosophies; I must celebrate his unique place in history. He represents the fulfillment of King’s dream for all American’s – black, white, Hispanic, and Asian. Like a relay runner receiving the baton in the final leg of the race, Barack Obama has received the baton from Dr. King and others. Dr. King, if he were here, might pray the following prayer for the new president, “I thank you, Heavenly Father, for the tremendous journey this visionary nation has taken in Your name. Today’s America has journeyed light years from the social background of the pre-civil rights era, from the period of lynching, sitting in the back of the bus, and suffering with intolerable working conditions. Today’s America will never again have urban children who feel as though drug dealers are their only role models or that the end of the welfare line is a reasonable career destination. Today’s America will truly see that the child of an immigrant can compete with the descendents of the Rockefellers and the Hiltons.

May President Obama run his leg of the race with skill, dignity, rhythm, and class. May President Obama prove the greatness of his character at times of challenge and controversy. May he be the true neighbor that risks his position and popularity to do what’s best for the nation You have chosen to be a beacon of Hope to the world. Lord, continue to bless America! In Jesus name I pray!”

The real question for every American is not what King would pray, but “How will you pray for the new president, for the nation, and for your family?"