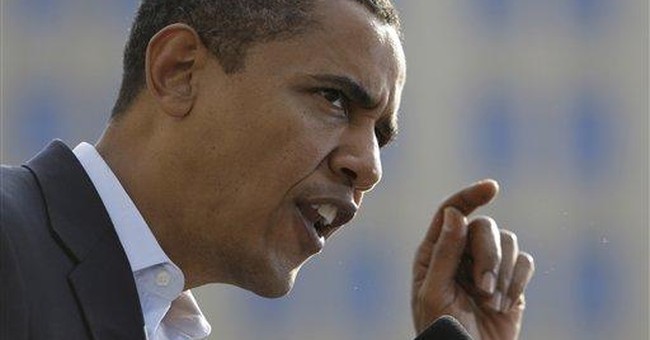 This year the famed October surprise was that John McCain failed to secure 100% of the evangelical vote. If this community were supporting McCain with the same ardor with which the black community has supported Obama, this election would simply be a repeat of the Kerry/Bush matchup. Although race relations headlined many articles and television specials, faith is where the rubber meets the road in 2008.

This election year has been trying for both the faithful and those who resent the modern role of evangelicals in the marketplace of ideas. The faithful have had consternation over the fact that a huge segment (as much as 25% of the faith community) has been apathetically silent. Studies show that there has not been a major shift of values, as some would love to project. The apathy they show is a signal that people are tired of the little boy who “cried wolf.” They have lost confidence in either party’s commitment to fix the severe moral problems we face.

Many believers have allowed themselves to be seen as just an appendage of the Republican Party, as opposed to impartial guardians of truth and ambassadors of Christ. The perceived hypocrisy of the GOP has lowered the value of the party’s brand nationally. Some of us have tolerated major breaches of character or competence within certain “pet” conservative groups. When glaring inconsistencies appear in the lifestyles of those who purport to be champions of the faith, and evangelicals say nothing about these leaders, it lessens the nation’s respect of the Church. Many in the evangelical movement have been guilty of preferring access over accountability. Because of these trends, evangelicals and social conservatives must become watchmen within party ranks instead of being perceived as hapless followers.

No matter what the outcome of the election this week, there is one constant that remains: the Church must remain engaged in the political process, not as a partisan player, but a voice of sobriety - a conscience to the nation. To operate in that role, we must remain faithful to the principles of the Scriptures and the character of Jesus Christ.

Some Americans paint us as passé moralists who are out of touch with the modern world. Therefore, we must help our nonreligious neighbors understand our desire to serve the nation and keep it from self-destruction. Our message will be received as we live with integrity of lifestyle, clarity of thought, and a sense of mission that restores our local, personal credibility.

The same standard should apply to leadership within the Church. Perfection is not possible, but we are demanding personal integrity and accountability. The nation has a right to expect her civil and religious leaders to walk the walk, not just talk the talk. The personal failure of conservative leaders has tarnished the credibility of our movement and may lead many Americans to reject our moral positions on the grounds of personal hypocrisy. We must demand greater personal accountability among our leaders in the pulpits and in politics.

During the next four years, Bible-believing Christians should ideally influence both major parties to pull up their grades on both character and competency. Unfortunately for the GOP the Republican brand is at a low level. Despite the low approval ratings of the Democratic dominated Congress and Senate, the nation seems wary of conservative fiscal policies, social values, and international defense philosophies of the GOP. The pendulum of popularity will undoubtedly continue to swing toward the Democrats for a season. Evangelicals should use this period to put the issues before both parties by hosting additional town hall forums, writing books, and becoming more public about the tenets of our faith.

I predict that throughout the next four years both parties will continue to vie for the attention of the ultimate swing vote – the religious right. We have the enviable opportunity to reinvent ourselves.

How do we take full advantage of this strategic moment? We must consistently stand for a clear set of values and principles. As we are persistent and faithful, we will eventually move both parties toward our united agenda. Regardless of who is elected president the values of social conservatives concerning family, marriage, and the value of human life can become like unifying glue that brings our polarized political communities back together.

This is a time for a moral, political, and spiritual renewal to grip the heart of the nation. My prayer is that this revolution will begin with us personally. We want to be model Christians. We want to see America populated by Christians who live so loudly that their actions are heard around the world. St. Francis of Assisi expressed what I am feeling in this way: “Preach the gospel at all times, and, when necessary, use words.”

This article is an adaptation of an excerpt from Personal Faith, Public Policy, written by Harry R. Jackson, Jr. and Tony Perkins (FrontLine Publishing). Visit www.hilc.org or www.frc.org for more information.