An Open Letter to Evangelicals 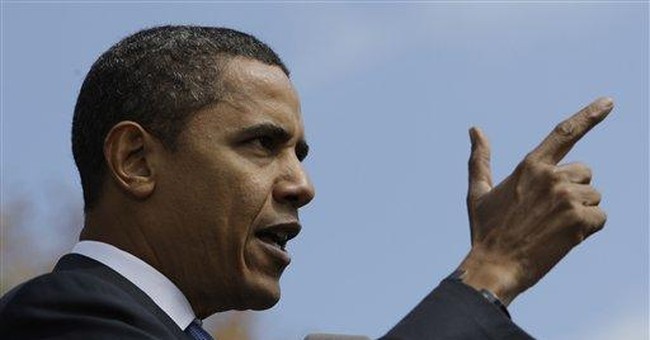 The most frequent objection of those who fear the presence of believers in government is, “What right do you have to impose your morals on us?” Tony Perkins of the Family Research Council tells them, “The same right you have to impose your lack of morals on us.” Someone’s values will always be reflected in public policy. Almost every government policy decision is a value judgment. In this postmodern world, where moral relativism is the philosophy of choice, these value judgments are often based on the conditions of the moment rather than objective, transcendent, biblical truth. This is where the two sides diverge.

Bible-believing Christians believe there is absolute truth, a view that was held by all Christians until the turn of the twentieth century. Belief in objective truth is the first step in developing a Christian worldview. A Christian worldview is based on the belief that there is a personal God who is directly involved in the activities of man and who authoritatively communicates to man through His Word and the Holy Spirit.

Shortly after the Civil War, the Protestant church divided over this belief in a literal interpretation of Scripture. Liberals moved away from Scripture as the sole authority in order to accommodate “rational truth,” which they saw as incompatible with the Bible. These liberals embraced the “essence of Christianity” rather than the inerrancy of Scripture so they could synthesize their Christian thought with so-called scientific findings of the day.

One of the preeminent voices to emerge in defense of absolute truth shortly after the turn of the century was a Princeton Theological Seminary professor and Presbyterian minister, J. Grescham Machen, who would later lead a split within the Presbyterian Church over the rejection of biblical orthodoxy. In his definitive work, Christianity and Liberalism, Machen said that liberalism was not only theologically wrong but was not connected at all to true Christianity. “What the liberal theologian has retained after abandoning to the enemy one Christian doctrine after another is not Christianity at all, but a religion which is so entirely different from Christianity as to belong in a different category.” Machen felt that the argument was no longer between two views of evangelicalism, conservative and liberal, but rather a conflict between two religions. Liberalism is “a type of faith and practice that is anti-Christian to the core,” Machen wrote.

What has transpired in many mainline denominations over the last one hundred years gives clear evidence of the results of abandoning absolute truth. Mainline denominations have shrunk in size and no longer debate the inerrancy of Scripture but issues such as the ordination of homosexuals. As we look at their decline, we wonder what will be next for a church or a society that has rejected absolute truth.

The present divide among evangelicals that the media frequently points to as “evidence” of the declining influence of the conservative Christian movement is not new. In 1984, Christian theologian Francis Schaeffer spoke to the cause of this divide—a rejection of absolute truth. Schaeffer chastised those who had compromised their view of Scripture and had accommodated the culture in the name of “love.”

Unfortunately, a growing number of Christians are influenced more by the popular culture than Scripture in terms of their worldview. Even younger evangelicals, who tend to track conservatively on most core social issues, do not consistently view the world from a biblical perspective. In late 2003, Christian sociologist and pollster George Barna conducted a fairly extensive poll on the prevalence of a “biblical or Christian worldview” in the United States. He defined biblical worldview as being based upon a foundation of eight beliefs:

3. Jesus Christ lived a sinless life during His ministry on the earth.

4. God created the universe and continues to rule it today. He is omnipotent and omniscient.

5. Salvation is a gift from God. It cannot be earned through good works or behavior.

6. Satan is a real living entity.

7. Christians have an obligation to share the gospel with the unsaved.

8. The Bible is accurate in all of its teachings.

In light of these dispiriting statistics, Christians must return to emphasizing God’s truth and God’s love. America currently stands at a crossroad. Many of our national problems are a result of our churches abandoning truth. It is not the institution that needs to seek God – it is every individual in each one of the nation’s pews.

A truly repentant church will experience a spiritual renewal. A renewed church can once again be salt and light to the nation. A critical mass of godly Christians must be reached. If we use the imagery of today’s light bulbs we don’t yet have a high enough wattage light bulb to truly lighten our nation. Once we have reached critical mass, the Lord will pour out tangible blessings upon the entire nation in honor of a faithful church that lives and preaches biblical truth.

Although the media often calls the faithful “divisive,” we must defend truth without compromise. Schaeffer reminded his readers that absolute truth requires confrontation. One cannot simultaneously accommodate the culture and stand for truth. But he also challenged those who defend truth to simultaneously display God’s love.

Our penchant for truth must also be displayed with compassion. It’s America’s only hope. Join me this week in fasting and praying for God’s choice for the presidential, congressional, senatorial, and other elections. Pray that a third great awakening will arise out the ashes of our economic woes. Join me serving the lost, the least, and the last.

This article is an adaptation of an excerpt from Personal Faith, Public Policy, written by Harry R. Jackson, Jr. and Tony Perkins (FrontLine Publishing). Visit www.hilc.org or www.frc.org for more information.