The NAACP Abandons the Black Family 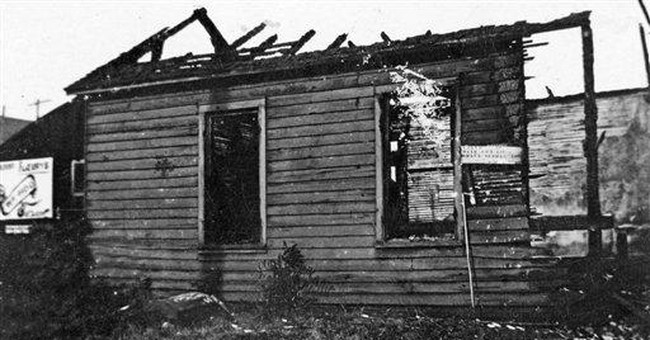 It is no secret that American families are under pressure. In fact, our families are imploding. The number of divorces for first time marriages have crossed the 50% mark, while over 60% of second marriages are likely to fail, and folks attempting their third marriage face odds of nearly 3 to 1 that they will be unable to make it work. What this means for the average family is that kids, houses, and bank accounts become contested territory for divorcing “Romeos and Juliets.” Thus our nation’s confidence in the institution of marriage is as compromised as our faith in our financial institutions.

As an African American who feels that black families have the most to lose if marriage is re-defined, I have been shocked by the lack of support that traditional civil rights organizations have given to the marriage amendment. Any true advocate for the health of black families should be incensed because of the decline of the black family. Many black social problems - from poverty to poor academic performance in school - are exacerbated by the curse of black fatherlessness and the soaring number of out-of-wedlock births. The entire institution of marriage could become functionally extinct in just a few decades.

A two-step strategy must be enacted by black leaders to save our community. We must strengthen existing marriages, while opposing the redefinition of marriage by gays and others. Against this backdrop, I cannot understand Julian Bond’s personal opposition to national marriage protection efforts. Earlier this year, the civil rights icon and Chairman of the NAACP made the following statement about the NAACP’s opinion of a marriage amendment, “(is) opposed every constitutional attempt or amendment to create these divisions among people based on their sexual orientation…It is divisive. It's harmful. It does not bring people together. It drives them apart.”

While on the surface, Bond has attempted to imply that the NAACP itself has taken no official position on the issue of same sex marriage, he has assumed a leadership role in the “Fairness for All Families Campaign” this year. This coalition developed a statewide strategy to defeat the Florida Marriage Protection Amendment which will appear on November’s ballot. Why such an unhealthy commitment to Florida?

Florida is influential in terms of national policy because of its wealth and dense population. Mr. Bond may also be concerned that pro marriage amendment voters may also vote against the traditional Democratic ticket including the presidency. In 2004 Kerry lost important black votes to President Bush in both Florida and Ohio because of the national concern about same sex marriage.

Although Bond’s colleagues say that he describes himself as a “full-time Florida property owner and part-time Florida resident,” his anti-marriage amendment stance may be based on both civil rights concerns and partisan politics.

Whatever the reason, Bond’s refusal to protect the black family is a dereliction of duty. His personal example has spoken very loudly to local NAACP chapters and they have picked up his pro-gay stance on marriage. In fact Adoraobi Nweze, president of Florida's NAACP, told the Baptist Witness in a Sept. 20 interview that the local chapter had voted to oppose the marriage amendment. This means that the NAACP will openly fight against defining marriage as being exclusively a union between a man and a woman. As a result of this decision, the NAACP has joined other local pro-gay rights groups in a powerful ground war in Florida. Black pastors report that NAACP operatives have attempted to minimize the magnitude of the marital crisis that exists in the Black community.

The organization has allegedly written letters and made telephone calls asking leaders to avoid pastor gatherings and rallies sponsored by the High Impact Leadership Coalition (an organization that I lead). My organization, on the other hand, is aware that blacks, whites, and Hispanic Christians have to unify because a 60% vote is necessary to pass a Florida marriage amendment. Therefore, we have worked tirelessly to host leadership summits and rallies in Jacksonville, Orlando, Tampa, Ft. Lauderdale, and Miami.

Bond and other gay rights advocates believe that defeating pro-marriage efforts this election cycle in all three amendment battlegrounds will result in same sex marriage becoming the defacto law of the entire nation in two or three years. Therefore, millions of dollars of contributions have been sunk into the their efforts in all three states.

The Florida battle becomes even more significant because recent legal developments in Connecticut. Last Friday a Connecticut Supreme Court ruled that same sex couples have a constitutional right to be married. The court struck down the state’s civil union law. With this act of judicial intervention, Connecticut becomes the third state that has legalized gay marriage. The timing of this high court decision makes one wonder whether it was politically motivated. Perhaps the judges wanted to declare the inevitability of same sex marriage becoming the law of the land, expecting pro-family groups to raise the white flag of surrender in this battle for the definition of marriage.

While some traditional marriage advocates around the nation may give up, the majority of social conservatives will be emboldened to fight even harder against same sex marriage.

In conclusion, let me encourage every reader to contact both local and national leaders of the NAACP. Let’s let them know that marriage is a sacred institution that must be vigilantly protected.