Faith Wars – Palin vs. the Media 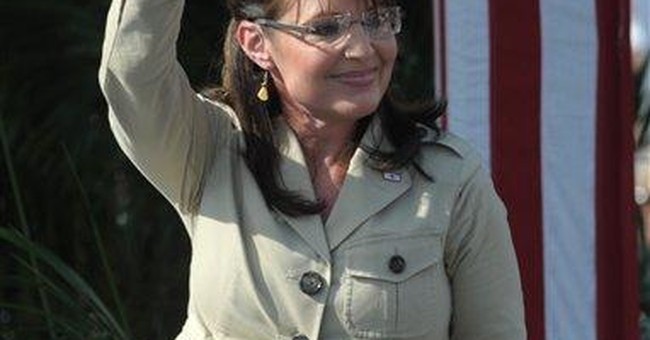 This week, the presidential campaign will cross the 40-day mark. It is closer than anyone would have imagined. Every vote will count. The question on many minds will be: how does one campaign lock up the race and seize the presidency? From the very beginning, the election has been the Democrats’ to lose

I have been shocked during the last two weeks at the outrageous attempts that the media has made to paint Sara Palin’s faith as extreme. CNN ran a series of special reports in which they interviewed members of Sara Palin’s former church in Wassila, Alaska. They even directly queried members of her former congregation, in which she spent nearly two decades, about the practice of speaking in tongues. In addition, reporters attempted to make her current church sound cult-like. Next Pat Oliphant, political cartoonist of the Washington Post, made fun of both God and Sarah Palin on September 9. He featured a God that cursed about right wing people and a Governor Palin speaking in gibberish that even God did not recognize as speaking in tongues.

Finally, to pour salt into an open wound, there has been an endless barrage of media attacks, yellow journalism for over 10 days. Just last week I was surprised to hear talk show hosts describe “Pentecostalism” as “evangelicalism on steroids – much more dangerous than the normal evangelicals”.

As a result of all of this, Governor Palin’s approval rating has swung south by a remarkable 21 points. She has been fired on from all angles but she has not fired back – defending her faith and values in an aggressive enough manner. Part of the problem is that the McCain campaign has not been able to build on the momentum from her initial debut with the audience that will have the most affinity with her - the conservative and evangelical communities.

It’s crunch time and seeing an excited base actually showing up to vote is the McCain/Palin ticket’s primary hope. The McCain campaign missed an opportunity last weekend to be a part of the Values Voters Summit in Washington, DC, which attracted the grassroots activists of the evangelical movement. These are the foot soldiers that Karl Rove was able to engage in 2004. This army, largely self-directed, literally carried Bush over the threshold in his race. I am convinced that they can do it again if they believe in the candidates.

Surprisingly, the relentless Obama campaign is not giving up on attempting to steal a few percentage points of the highly treasured, evangelical vote. Over two years ago, the Democratic Party in general and Senator Obama in particular, decided that it would make the faith voters an important demographic target. Since that decision candidates have come and gone, several forums on faith have occurred, and the nation has heard sermons from a variety of pulpits that they would never have heard of under normal circumstances.

Announcing an unexpected strategic initiative, officials from the Barack Obama campaign told David Brody of the Christian Broadcasting Network that they are about to conduct a faith tour in “key battleground states.” The Obama team will call the tour: “Barack Obama: Faith Family and Values Tour.” During this tour, a major theme will be – “Voting All Our Values.” The team will consist of Catholic scholar Doug Kmiec and former Indiana Congressman Tim Roemer. They also expect a number of evangelical Democrats to join them on the road.

The Obama team has declared war and will be traveling to “red” states and swing states. The tour should last about 1 month.

How should the McCain camp respond? They should protect their foundations and build on the enthusiasm of the conservative and evangelical base. They should conduct regional rallies, town hall meetings, and tap into the evangelical network of church leaders who faithfully supported Mike Huckabee’s campaign. Local churches can be the ultimate grassroots organization if values are truly put first instead of party doctrines and ideology. The Republican brand is not selling well this year. McCain still has the maverick label to wear. Currently cast by liberals as a liar, he must rebuild momentum in the communities that still see him as a hero.

McCain has gone as far as he can with negative ads and an attack-dog mentality aimed at exposing the weakness of the Obama/Biden ticket. He must now do what Obama did in the beginning. He and Sarah Palin must speak vision, vision, and vision. They must major in hope, based on substance. They have to articulate their own out-of-the-box solutions to the problems of the day. They must find allies who will help them nail down the white Catholic vote, which Obama believes he can win. Further, they must reach conservative black and Hispanic ministers who are resonating with the faith journey of Sarah Palin behind the scenes. They identify with her boldness and courage and are willing to give McCain a hearing.

McCain and company must meet the Obama campaign on the field of battle in states like Colorado, Indiana, North Carolina, Georgia, Michigan, Ohio, Pennsylvania, Missouri, Florida, New Mexico, Virginia and Wisconsin. Sarah Palin needs to be strategically deployed as the faith community’s interpreter of a new “McCain Doctrine” of governance. Her convention bounce is over and her detractors are starting to sound over confident again. Now is the time for Palin to get on the faith circuit and “work it.”