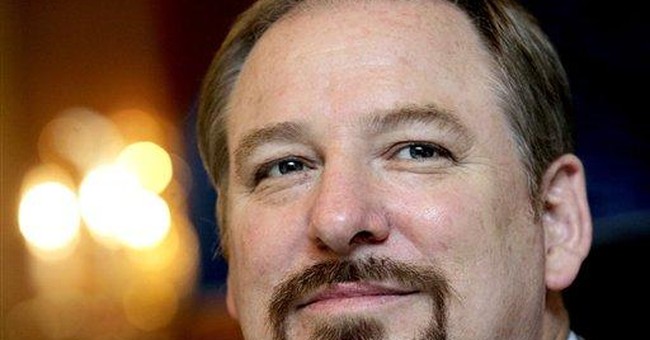 I want to publicly thank Pastor Rick Warren for taking the risk to be voice to this generation. He will undoubtedly go down in this age as the Billy Graham of the 21st century. Criticized for his stances and accused of compromise, he has taken the role of being America’s pastor to a new level. Warren served the nation by bringing Senator Obama and Senator McCain into the same room, while allowing them to show who they are. The concept was excellent and it was brilliantly executed.

Surprisingly, Warren restored a sense of impartiality to the faith discussion; he did not come off like a biased Democrat or Republican. Despite the Time Magazine picture, which showed him holding hands with Senator Obama, he acted like America’s pastor. Although, he did not take sides, he exposed what “side” the candidates were really on - by asking truly tough questions.

Last weekend John McCain won the religious “discussion” at Saddleback, hands down. All the pundits reluctantly admitted that McCain found his environment [the town hall forum) and his message (pro-life and pro-family). While on the surface many people thought that Obama had the most to win from the discussion with Rick Warren, McCain emerged with the “gold medal.”

Both candidates should adjust their campaign strategies based upon their desire to reach the ultimate swing vote – 60 million evangelical voters. Obama lost the discussion because his nuance answers seemed “too careful” and in some cases dishonest. He of all people should have recognized that we live in a sound bite generation that cannot evaluate subtleties in theology or public policy. If I were advising the Obama campaign, I would tell him to emphasize the true common ground that he has with all believers. Although Pastor Warren would not let him sidestep abortion and gay marriage issues, Obama did not sell the passion of his beliefs or the inherent “goodness and correctness” of his worldview. His appearance seemed more like a very smooth version of damage control than a clear declaration of how his liberal Christian views would benefit the nation. He sounded like the law professor instead of the “cultural preacher” that he often appears to be. As a result, many strict evangelicals who were thinking about voting for Obama changed their minds. Although I don’t agree with Obama’s theology, I believe that he would gain more ground among conservatives by projecting a clearer vision of how his faith will impact the nation.

At Saddleback, McCain answered questions that many evangelicals have been asking for months. He started to excite the evangelical base and show them they have a clear choice in this election. Prior to the Saddleback Forum, many preachers and leaders had privately expressed to me that they and their followers were not “excited “about either candidate. Knowledgeable observers knew that without an energized base, McCain would definitely lose the election because of low voter turnout and apathetic evangelical turnout.

McCain has been given an unexpected advantage in the race. I want to give him three pieces of advice that will help him continue to the momentum that he has achieved.

First of all, he should weave his positive, faith message into everything he does. He does not have to pander or compromise himself in any way. All he needs to do is to continue to affirm his pro-marriage amendment stance and his pro-life commitment. After all, gay activists and NARAL members are not likely to vote for him anyway.

Unfortunately for Camp McCain, huge numbers of the evangelical community became wary of him during the Pastor Hagee and Pastor Parsley debacles. After pursuing these pulpit luminaries, his denunciation of them created a secondhand offense within the hearts of millions of their supporters.

To add insult to injury, both of these pastors have large numbers of politically active partners who have long memories. They have assumed that McCain’s original faith outreach was tainted by opportunism, and they may assume the same about the Saddleback Forum. Therefore, he must repeat, repeat, and repeat his social conservative message. If McCain is not committed to talking about his faith in the future, he needs to add an evangelical-friendly vice president to the ticket.

Secondly, he must keep presenting his positive vision for the nation. All conservatives want to hear is a clear message that addresses the concerns of the three major branches of the movement- social conservatives, fiscal conservatives, and national security conservatives. I view energy policy, immigration reform and our defense against radical Islam as three major issues that will define America for the next few decades. McCain can offer genuine leadership in all three of these areas. Articulating clear vision in these matters will help him immensely.

His energy policies are especially strong. Contrary to the propaganda of his opponents, he has a very comprehensive vision of the energy puzzle. He will expand domestic oil and natural gas exploration and production, which will lessen energy speculation and bring down the cost of energy in both the short and long term. He also supports expanding consumer choices of alternative-fuel vehicles, as well as smarter conservation and development of all alternative energy sources, including nuclear power. In the short term, energy policies will accelerate or retard our economic comeback during the next two years.

Thirdly, Senator McCain must choose an appropriate running mate because of the public’s concern about his age. At the tender age of 72, he needs to reassure evangelicals and others that his VP will continue his vision. If McCain chooses a pro-abortion running mate, he will simply give the election to Obama. He cannot afford to deflate the base that is just starting to rally to his call.

I am hoping that McCain will capitalize on his win two weekends ago and choose wisely in the days ahead. Go for the gold, Senator McCain!