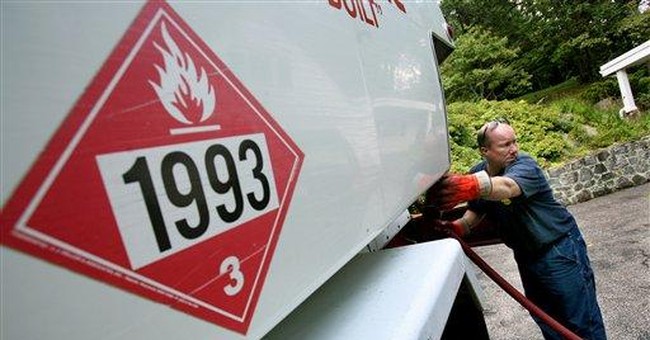 For several weeks, I have seen the ads by T. Boone Pickens concerning the need for energy policy reform in the nation. I applaud his efforts and hope that more people will encourage our legislators to engage in problem-solving discussions about energy. Although Pickens is a member of the richest strata of American society, his work will positively affect the poor – if we, as a culture, get it right.

The poor in America need advocates concerning energy policies. Thankfully people like Rob Bishop of Utah have acknowledged that there is a war on the poor. As a result, he has offered legislation that he hopes will help solve the problems. One of his legislative answers is the Americans for American Energy Act of 2008, H.R. 6384.

Last week I was pleasantly surprised that a whole mob of Republican leadership of the House of Representatives made a stand for affordable, American energy. Using circus-like press conferences, outspoken congressmen legitimately called attention to the irony that House Democrats took their vacations despite the fact that many of their constituents are not able to afford vacations this summer because of energy costs.

On Wednesday, House Minority Leader John Boehner said, “Instead of allowing a vote on the American Energy Act, which would promote energy production, conservation and innovation to bring down fuel costs, they instead chose to simply skip town - and leave Americans on their own to pay the price.” More specifcally, Republicans were pushing for legislation that will lift a ban on offshore oil drilling. In addition, they were focusing on the development oil shale fields in the West.

At first take, I was surprised that the Republicans were even interested in the issue in such a deeply engaged way. As the co-chair of the “Stop The War on The Poor” Campaign, I am committed to seeing the interests of the poor trumpeted. As someone who receives no money from big oil compaines and a non-scientist, I decided to read the summary of several bills to ascertain whether the legislation proposed seemed to be reasonable. I wanted to know for myself whether the needs of the American public were being ignored in favor of the interests of the rich and powerful.

The media and many pundits have characterized the Republican efforts as partisan, pro-big oil companies, and short sighted.  As I have researched the kind of bills being proposed in the Congress, I was impressed at the breadth of several pieces of legislation.

In fact, I discovered that there are a number of bills [in addition to Congressman Bishop’s] that could dramatically change the energy focus of the nation. I personally like Bishop’s comprehensive approach to our energy dilemma. In order to dispell the myth that the Republican solutions only consist of drilling for more oil, I am including a brief summary of the bill.

·        This section of the proposed law includes extending state territorial waters to 12 miles instead of the average of 3 miles.

·        This section of the bill sets forth requirements for four things (1) lease sales; (2) grants of leases; (3) coastal plain environmental protection; and (4) rights-of-way and easements for the transportation of oil and gas across the coastal plain.

·        Many people believe that this is America’s largest untapped energy source. If passed, this section of the law would repeal Section 526 of the Energy Independence and Security Act of 2007 that prohibits federal agencies from entering into a contract to buy alternative or synthetic fuel. The prohibition effectively bans the use of oil sands and oil shale.

·        This section of the bill establishes the American Energy Trust Fund (AETF).  The fund will help boost conservation and efficiency. In addition, incentives will be given for the development of renewable and alternative energy technologies.  The fund “specifically allocates funding for biofuels, hydroelectric, solar, wind, bioenergy, cellulosic biomass, methane hydrate, geothermal, marine and hydrokinetic, and carbon capture and sequestration research and development.”

·        Reforming and restructuring the NEPA is the heart of this section. Major progress will be accomplished by giving regulatory relief which “extends and modifies the renewable energy production tax credit.”

As you can see Republican congressmen are promoting many comprehensive approaches to the energy problems of the land. I believe their proposed legislation could directly help the poor. Contact your congressman, regardless of his party, and boldly declare, “Stop The War on The Poor” and pass H.R. 6384.