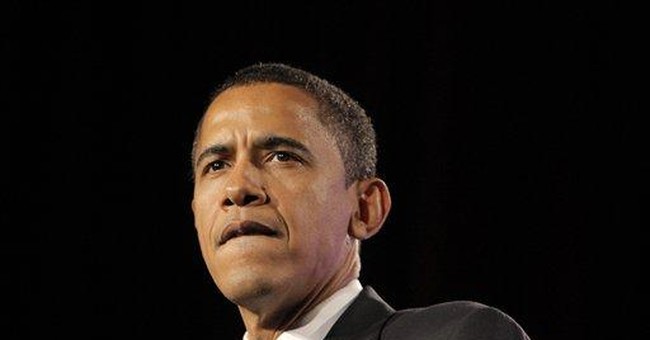 Last week Barack Obama did the unthinkable – he played the race card. In an unusually clumsy attempt to pre-empt the onslaught of McCain’s increasing negative campaign, Senator Obama made a huge mistake. Reacting to the Paris Hilton and Brittany Spears ad and the “Messiah” ad, which depicts Obama as an “anti-Christ figure,” he spoke out against the fear tactics he believes McCain and the GOP will use against him. His mistake was that he made himself sound weak by inferring that attacking his race would be a part of the fear campaign of the Right.

Last Friday, Laura Ingram, guest host for Bill O’Reilly, asked me why the senator would resort to such measures. My answer was that I believe he was planning to use the race card all along. The senator had no doubt braced himself for the return of Jeremiah Wright sound bites and stinging criticism by his opponents in the last 30 to 45 days of the contest.

In the Obama campaign’s mind, McCain would use race as one of several factors that would lead voters to conclude that Barack could not be trusted. Unfortunately for him, Obama miscalculated when to play the card. This tactic only works when your opponent is seen as a bully. In fact, the last thing Obama wants to do is to make race the defining aspect of his candidacy. Throughout his campaign he has presented himself as a post racial candidate, but the reality may be that he has used a sophisticated form of political jujitsu. Jujitsu often uses the strength and force of an opponent’s attacks against them.

This is just what he did in his contests against Hillary Clinton. He cried, “Victim!” when he was “attacked” by Bill and Hillary Clinton. The “fairy tale” comments by Bill were taken out of context, blown out of proportion, becoming the genesis of criticism that the Clintons had stooped to the lowest point in their political history. As things progressed, it was weeks before Hillary could lay a hand on Obama in terms of substantive discussion of legitimate policy differences between the two candidates. In the case of the Clinton debacle, Obama seemed to rise above the fray, but his race may have actually given him an unfair advantage. His campaign surrogates and the media pointed the finger of accusation at the Clintons, as Senator Obama simply sidestepped their criticism.

Last week, the Senator was no doubt pressured by the mixed reviews he received from his overseas visit and speaking tour. With his lead in the polls slipping, he no doubt felt the weight to immediately respond to McCain’s negative attacks. He dared not look vacillating and weak like John Kerry. In addition, he must have felt that he had to maintain a lead in the polls until the Democratic National Convention.

For the last few weeks, Obama has been using a sophisticated stalling technique as he waited to throw his best punches closer to the end of the contest. The senator’s refusal to debate the verbally challenged McCain is a sign that he did not want to risk too much conflict. I am sure he was weary of the medium given all the debates of the primary season, but the American people would love to see McCain and Obama engage in a real contest. Despite his eloquence and his affability, perhaps he was afraid that a town hall discussion with McCain could yield disappointing results. Therefore he stalled, believing that he could win the hearts of the American public without the “head butting” and “body blows” of close political combat. Perhaps Obama’s international trip was designed to give him a rest and offer him an opportunity to coast into the convention.

At this point, Obama needs to shift the discussion away from race again. He must remind the American public that he is more than just a black candidate. He must put real issues on the table and speak to heart of the American people. Perhaps Middle America was turned off by his interaction with the fawning fans he addressed in Europe. He may have once again just painted himself as an East Coast liberal who appeals the most to left leaning liberals. The answer to Obama’s woes is to think about the economy, energy, and other grass roots concerns.

McCain on the other hand must capitalize on the flurry of blows he has landed on the seemingly untouchable Mr. Obama. He must clarify his vision for America. If he doesn’t, his negative ads will seem like the machinations of a mean-spirited, old man. A clear vision could cast him as an American hero that has once again offered to lay down his life for his nation. The contrasts in this election remind me of the Bush versus Clinton contest of 1992. The 1992 election was a “beauty-versus-the-beast” campaign that could have gone to the older Bush, if he had spoken to the heart of the American voter. I remember yelling at the television as the senior president Bush gave a campaign speech. I shouted, “Tell them your vision or you are going to lose!” Similarly, I hope that McCain begins to share his vision of a 21st century America. If he does, he may be on the verge of pulling off the biggest upset in recent political history.