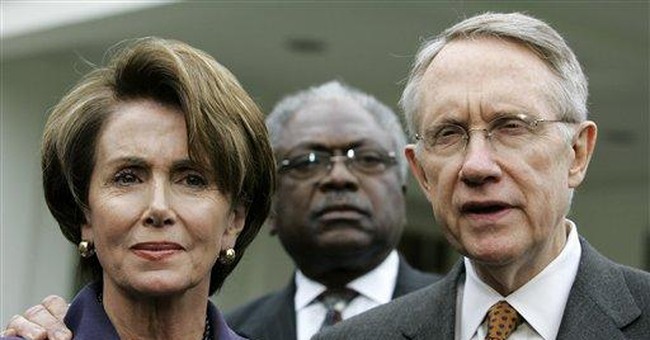 Last Monday, I received an e-mail copy of an article which appeared online in the Congressional Quarterly. I was surprised to see my name in the piece. Many of my associates felt that the article attacked their motives, impugned their integrity, and defamed their character.

The article read as follows:

“House Majority Whip Clyburn today sent a letter to Bishop Harry Jackson and 32 other prominent black clergy opposed to pending hate crimes legislation asking them to reconsider their opposition. Clyburn expressed his disappointment with a full-page ad placed by the High Impact Leadership Coalition in the July 11 edition of USA Today claiming the bill would muzzle them in their pulpits.

Jackson, pastor of the Hope Christian Church in Lanham, MD, heads the group. "Your characterization of the legislation was grossly inaccurate and highly prejudicial," Clyburn wrote. "Our own history and experiences make clear that the effects of hate crimes extend beyond the particular victim and reflect more pervasive patterns of discrimination on the basis of race, color, religion, national origin, sexual orientation, gender and disability. In all of these cases, under hate crimes legislation, it is not the thought or opinion that is criminalized; it is the violent act motivated by hate and prejudice that is criminalized…"

Congressman Clyburn is not only a major leader in the Party, he also is the head of the House Democratic Faith Working Group. This group supposedly meets monthly with 36 members that purportedly includes Bishop William Skylstad, head of the U.S. Conference of Catholic Bishops and mega-church pastors, T.D. Jakes and Rick Warren. If Representative Clyburn is actually meeting with leaders of this caliber, he certainly is not keeping them informed of his methods.

Clyburn’s letter did not arrive until the next day, Tuesday. My first question was, “Why did the good congressman contact the magazine before he contacted me?” He had to have leaked the information three or four days before it appeared online. My conclusion was that this gentleman did not really want to talk, discuss, or solve problems.

The Congressional Quarterly, founded in 1945, is a well known publication which serves Washington insiders. It is well read and is an excellent place for someone to get a little “inside the beltway PR.” The magazine claims that it “provides comprehensive, non-partisan news and information on Congress, politics and public policy, with more than 130 reporters.”

With this background in mind, we decided to write the Congressman a response and encourage each one of our signers to draft their own individual responses as well.

Let me share an excerpt of my response letter with you:

“… Our position remains clear with concern to the Hate Crimes Bill (HR 1592/S1105). As in our previous correspondence which is on Congressional record along with our original petition against the bill, we stand united against violence targeted against homosexual citizens as we do against all human beings. The love of God would not allow us to take any other position.

Today, we challenge this proposed legislation not on the basis of its protection of victims of hate crimes, but on the basis that it does not assure our freedom of speech or freedom to exercise religion. Although it may appear that this legislation does not implicate free speech issues, we are well aware that law may be interpreted otherwise by the courts. The Senate, unlike the House, has yet to adopt the Davis amendment. This amendment is purported to protect churches, yet we maintain that it is only deceptive, window dressing. The transcripts regarding Representative Gohmert's concerns about the House bill further highlight that our concerns are valid.”

We included in the Clyburn letter a synopsis of an important exchange taken from the Congressional record. I have written an abbreviated version for you below.

The Religious Freedom Problem with HR 1592

In the congressional subcommittee, Republican Congressman Louis Gohmert of Texas moved to remove "sexual orientation" and "gender identity" from the bill. It failed on a recorded vote of 19 to 13. Next, Congressman Mike Pence from Indiana offered an important amendment on Freedom of Religion.

A number of Republicans spoke in support of it. But the Democrats, Jerrold Nadler, Tammy Baldwin and Chairman John Conyers kept evading the issue.

Finally Congressman Gohmert asked, "If a minister was giving a sermon, a Bible Study or any kind of written or spoken message saying that homosexuality was a serious sin and a person in the congregation went out and committed a crime against a homosexual would the minister be charged with the crime of incitement?"

Gohmert was attempting to clarify and emphasize that the legislation would have an effect on the constitutional right to religious freedom and thus the Pence amendment was needed to protect religious speech. The Democrats continued to explain why they could not accept the amendment.

Lundgren continuously shot down their answers. He said, "What is your answer? Would there be incitement charges again the pastor?"

And finally Democrat Congressman Artur Davis of Alabama spoke up and said, ‘Yes.’ ”

What was amazing about this exchange is that Davis finally admitted that pastors could be convicted of incitement under the current version of the law. It is important to remember that in the future changes and redefinitions to this law could be imposed which could infringe upon our rights in dramatic ways.

At the end of my letter to Clyburn, I challenged him to a debate on the network of his choice within the next ten days. I would love to debate him on television, radio, or both. It will be interesting to see if he deems this topic worthy of debate.