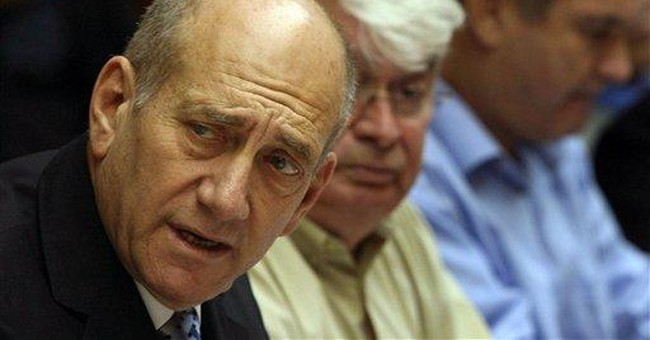 Last Tuesday night, two contrasting groups gathered in Washington, D.C. One group held an anti-Iraq war vigil, orchestrated by the Democratic senatorial team. The opposing group was a pro-Israel assembly of over 4,500 Christians gathered at the D.C. Convention Center for a night to honor Israel.

Before the evening vigil, the Democratic majority expected to strong arm President Bush into a quick evacuation from Iraq. Harry Reid and company wanted to use the pain of bereaved families to highlight the human devastation that has occurred because of the war in Iraq. It is no secret that public opinion has turned against the war and that most Americans want to bring our troops home. What’s not clear to most people is exactly how to “stop the madness” in a way that promotes American interests.

Providentially, a group called Christians United For Israel (CUFI), led by Pastor John Hagee, hosted their second annual conference to inspire their pro-Israel base and involve them in lobbying both the Congress and the Senate. United by the scriptural admonition to honor Israel, pastors and lay people from all 50 states were present. CUFI had set up these meetings a year before. They could never have anticipated that a major vote on the Iraq war (which has huge ramifications for Israel) would be planned during their three-day stay in Washington.

Nonetheless, their presence and their prayers may have been a part of causing Harry Reid to suddenly withdraw his Defense Appropriations Bill from the Senate floor on Wednesday. Pastor John Hagee’s opinion on the matter is obvious. On Tuesday night, he gushed the following statement, “CUFI is quickly becoming one of the most powerful lobbying groups in America!” The key scripture for that night was the perfect job description for the lobbyist and activists: “For Zion's sake I will not keep silent, for Jerusalem's sake I will not remain quiet…” [Isa. 62:1-NIV].

The group sent three powerful messages to both the White House and Capitol Hill legislators. The first message was, “Move the U.S. Embassy to Jerusalem.” The second communication was, “Neutralize the Iranian nuclear threat.” The third, more subtle message was that this group was willing to support President Bush’s efforts in the war – as long as he supports Israel.

There were many speakers who stated their views of both scripture and politics. Tuesday’s three hour rally mixed music, preaching, and political addresses. The evening was the culmination of two days of instruction and inspiration. Presidential candidate Sam Brownback and Senator Joe Liberman spoke on Monday. Tuesday night’s rally, however, was designed to give the group a final charge before they physically ascended on the Hill. Because they had set appointments weeks before, the entire legislature knew they were coming.

Newt Gingrich, former Speaker of the House and possible Presidential candidate, gave a stern warning to the group. Describing the international landscape of war and terror from his perspective, he said, “We are in greater danger than you can imagine!” He also spoke out against the lack of courage in the Senate, equating their stance on the war with the pre-World War II attitudes. European leaders felt that they could appease Hitler by making concessions. Instead of conceding they should have confronted their enemies.

Although Gingrich started out sounding pro-Bush and pro-war, he complained that the administration’s policy on the Palestinian Arabs has been woefully amiss, "We lie to ourselves. We have suffered in the West an enormous defeat in Gaza. We have suffered a significant defeat in South Lebanon, and we lie about it. We don't have a peace process. We have a surrender process." Other speakers’ messages harmonized with Gingrich. They made it clear that a premature, American withdrawal would spark a regional conflagration.

Pastor Hagee’s personal message was the centerpiece of Tuesday’s celebration. His address made it clear that CUFI had come to Washington to conduct a spiritually-based, political war campaign. During Hagee’s message, he identified former President Carter as the poster child for confused Christian leadership. Hagee cited a National Review article that alleged the Carter Center had received funding from Saudis who seek to influence U.S. Middle East policy. Carter Center’s mission is designed to combat poverty, defend human rights, and promote peace. Hagee suggested that the Center’s admirable purposes have been compromised by Carter, who he calls an "enemy in America." He concluded his diatribe with these words, "I call on former President Carter to publicly disclose how much of the Carter Center's funding is coming from anti-Israel sources in the Middle East."

The removal of the defense bill last Wednesday (July 18) shows that universal support for Harry Reid’s plan to end the war in Iraq does not exist. In addition, CUFI’s appearance on the American political scene demonstrates that evangelical influence will be felt in the international war on terror and the Iraq war strategy. As a state coordinator for CUFI, I applaud the organization’s staff for clear, visionary leadership and strong follow-through. In addition, I commend Pastor Hagee for his willingness to take an unconventional, but needed stand for both Israel and America.

What will you do? Will you determine “not to remain quiet for Israel’s sake”?