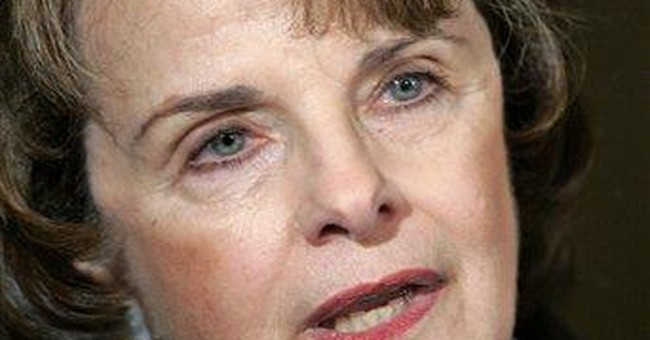 One of the most disappointing aspects of the first few months of the Democratic Party’s majority in the legislative branch of the government is their unhealthy fear of the conservative movement. It seems to me that instead of just taking care of substantive policy issues, they are continually being distracted by “pay back” public policies aimed at rewarding their friends or silencing powerful enemies. Various special interest groups have been the beneficiaries of Democratic generosity. Conversely, the conservative movement has been their biggest rival target.

In several cases, these turf wars have had the unfortunate side affect of jeopardizing our constitutional liberties. The fairness doctrine has been one of these policy distractions.

Two weeks ago, Mike Pence, a former radio broadcaster, made this statement after he marshaled a defense against this unfair philosophy: “Although my amendment to the Financial Services Appropriations bill passed, prohibiting any funding to the FCC for the enforcement of the Fairness Doctrine should it be resurrected, we must keep in mind that it is only a one-year moratorium on funding. While I am pleased that 309 Members of Congress supported this short-term fix, it is my hope that they will continue to stand for freedom of speech by joining me …”

Several attempts to reinstate the so called “Fairness Doctrine” recently have unnecessarily wasted untold legislative hours. If you are like me, I was curious about the history of the concept and its application. The Fairness Doctrine is an antiquated, currently defunct regulation of the United States Federal Communications Commission (FCC) which was in effect for several decades until August 1987. This policy required broadcast licensees to present controversial issues in an equal and balanced manner. On the surface this sounds good. In the best of all worlds it could mean that the little guys get a chance to let their voices be heard. Unfortunately, such doctrines are not easy to implement. In addition, these policies create a chilling affect upon the average broadcaster.

Many producers would stay away from some of the most controversial material because of the “hassle” factor of the doctrine. This would narrow the discussion we have on the air instead of balancing it.

In fact, the philosophy’s constitutionality was repeatedly questioned over the years and was eventually repealed by the FCC.

In 1985, under Chairman Mark S. Fowler, the FCC began to repeal parts of the Fairness Doctrine, declaring that the doctrine violated the First Amendment and worked against public interest.

After two years of legal wrangling the Commission abolished the doctrine by a 4-0 vote, in its Syracuse Peace Council decision in August 1987. The FCC insisted the doctrine had begun to work counter to its original purposes.

The central legislation around this concept is sometimes referred to as "the Hush Rush bill." One does not have to be a rocket scientist to figure out where the moniker comes from and the fear that some people have of nationally-syndicated, media stars like Rush Limbaugh.

In today’s political climate, liberal radio hosts, commentators, and pundits view the conservative talk radio phenomenon as a major threat to their hopes for America. Through resurrecting the fairness doctrine, some factions of American political life hope to dampen the power of the Conservative radio movement. The proponents of this kind of thought and speech control are often anti-conservative or anti-Christian. I make this observation because the conservative, radio talk show movement also has a great number of evangelical, Christian programmers who base their programming on moral concepts that come from their faith, values, and personal worldviews.

It is interesting that this legislative initiative has sprung up after Air America (the attempt to create a liberal radio talk network) has floundered. My take on this is that the free market has spoken. Listeners tune into conservative radio shows or Christian news programs in order to get their news and opinions from trusted and reliable sources. This is the free enterprise system at its best. News has become entertainment and this kind of entertainment has certain clear, target demographics.

The most disturbing aspect of this debate has been the comments of Trent Lott who said, “Talk radio is running America. We have to deal with that problem.” If this statement were true the midterm elections would have turned out very differently. Fortunately, Americans can listen to their favorite radio programs and still make up their own minds about important issues.

During the last few months, I have been amazed at how many negative blogs, radio programs, and even television broadcasts have characterized my personal views about as being bigoted and one sided – without explaining my point of view. A fairness approach would help me get my personal message out. But, despite the short term benefit to me on my favorite issue of the day, the long term negatives would hurt our nation. Therefore, I am opposed to any renewal of the fairness doctrine.