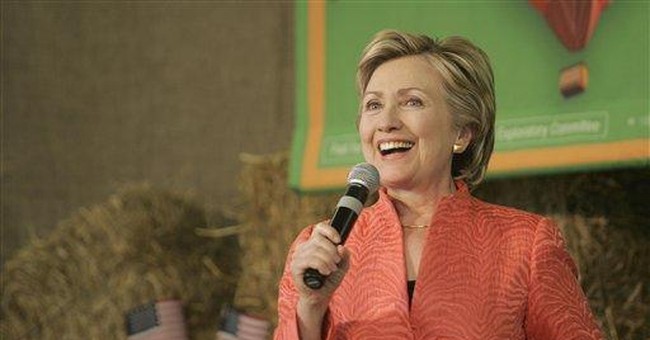 Last week CNN took a landmark step. It sponsored a faith forum which featured the three leading Democratic Party presidential contenders. The program was entitled Faith, Values, and Politics. The revolutionary dimension of the program was not in the questions, the speeches, or the choice of clergy persons who participated in the program. The fact that faith was so openly discussed by a group of people that typically say that they want to keep faith out of politics was amazing. In the past, the left has been characterized as “secular” and the right was distinguished as “religious,” and these labels had an element of truth. Further, It was surprising that CNN would host such a show; CNN has historically aligned itself with a very liberal approach to both politics and religion compared to FOX News which has been identified with conservative thought and views deemed popular among the religious right.

Evangelicals and other religious groups have often felt that the liberal media has joined hands with the liberal political community and scoffed at people of faith. In fact, Ann Coulter’s book, Godless, makes the case that the liberals adhere to a set of principles that are as unbendable as the basic doctrines of any religious faith. In Coulter’s opinion, the tenants of the liberal belief system are also antithetical to the Judeo-Christian faith. She argues that liberals have been “evangelistic” in their attempts to convert the world to their point of view. Until now, her condemnation of the secular left has been correct.

Let me give you an example. The most recent bestseller in a long list of anti-faith books published in the last two years is God is Not Great by Christopher Hitchens. This work has soared to the top of the sales charts in part because of the attention and interviews given the author by the liberal media. Hitchens blames traditional faith for many of the world’s greatest ills.

Despite the background I have just given, the CNN special attempted to make a new statement, “We liberals have faith too!” Perhaps a shrewd element of the liberal community has finally realized that the 60 million evangelical voters represent a political force that cannot be ignored. I will not attempt to analyze the motivations of the producers or the sincerity of the candidates at this point. Suffice it to say I was impressed by the program and its format.

Let’s examine the content of the program for a moment. The questions presented by Soledad Obrien and the guest panel were “soft balls” thrown right down the middle. Importantly, the forum gave the candidates an opportunity to share their personal journey of faith and the guiding principles that affect their lives.

For example, Edwards was asked, “What was the biggest sin you have ever committed?” Obama waxed eloquently about the moral issues of poverty, education, and

prison reform. Hillary was asked if her faith helped her survive the “zipper gate” scandal she faced concerning her husband’s adultery. In addition, Hillary Clinton was asked to talk about her prayer life – how often she prayed and what she prayed about. Each candidate’s answer was clear and well-rehearsed.

This program should be seen as a major victory for the religious right. For years the right has argued that God must not be taken out of the public square. They have declared that America needs a moral compass based upon the enduring principles of the Bible. Further, the “moral majority” resented the fact that public policy was being formed and executed without considering their point of view.

Skeptics would say that the CNN special only gave lip service to faith. I would disagree with that assessment. I saw last week’s forum on faith and values as only the beginning of a dialogue. For a season, Democratic candidates will seem halting and unsure as they break out of their self-imposed silence on religious matters. After this initial period, the entire nation will truly be able to gauge the personal values of the leading candidates of both parties. We will see this discussion move to another level.

Each of the CNN special shows on faith will play a major role in who we choose to lead our nation. Although religious beliefs are private, they have a major affect upon all of our decision making processes.

Last month an interesting fact went unreported by the media. The fact was that Rev. Jerry Falwell and Yolanda King (daughter of the great civil rights leader) died on the same day. The coincidence of their deaths may be symbolic of where the nation is morally. Think about it this way. The one and only connection between these two people is that they were integrally involved in the two most significant spiritual movements that shaped America’s twentieth century. Their deaths signal the end of an era. Both the civil rights movement and the moral majority movement have lost focus, fervor, and impact. Nonetheless, the nation needs moral guidance more that ever before. America may be in a season of a spiritual changing of the guard.

I dare to believe that the nation is about to see a resurrection of the religious right and a renewal of the civil rights movement.