Liberty or Death: An Open Letter to the African-American Community 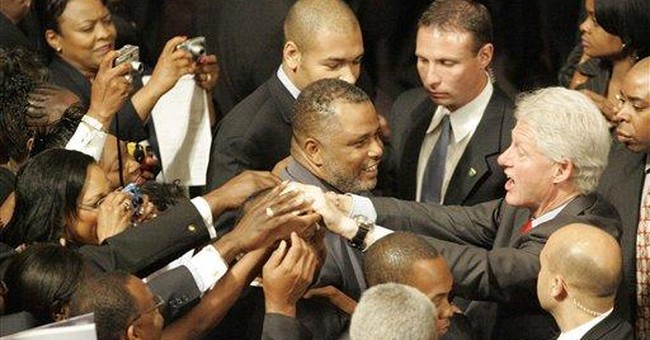 Patrick Henry is quoted as saying, “Give me liberty or give me death!” It is difficult for the average American of our day to identify with the perspective and passion presented in this declaration. As an African-American citizen and pastor, I totally relate to this quote. Approximately 50 years ago, my father was threatened at gunpoint by a misguided state trooper for his involvement in civil rights activities. This death threat and the lynching and torture of several young black men in his state led to my family’s migration to the north.

My father engaged in political activism until his death by natural causes over twenty years later. He instilled in me a love for America – her vision and her promise. He also alerted me to the fact the American liberty is a prize for which blacks must continue to fight.

Today we are engaged in yet another battle, one that I believe threatens our religious expression. I encourage all African Americans to voice our fervent opposition to the “Local Law Enforcement Hate Crimes Prevention Act of 2007” (HR1592 in the Congress and S1105 in the Senate). This bill could greatly affect our religious liberty.

Although this nation was founded upon Old Testament principles and Christian morality, our liberties have been seriously curtailed within our schools and public buildings. S1105 now threatens to go inside our very houses of worship and forbid us to practice the teachings of the God we serve. Under the guise of extending existing legislation to protect “sexual orientation” and “gender identity,” the hard-fought liberty of religious freedom could be stripped from the most consistent defender of African-American liberty – the black church. As we practice love for homosexuals by preaching the gospel, we could be labeled and tried as those who hate.

We are very aware that several civil rights organizations and some historically black institutions have endorsed this legislation which has been moving around the Hill and among the inside of the beltway elite for nearly a decade. These organizations have been influenced by the huge dollars that gay lobbyists bring to the political table. Unfortunately, no one has consulted with the grassroots leaders of the black church. The balance of this letter enumerates several other concerns we should all share concerning this bill.

First of all, citizens in urban areas throughout the United States grapple with constant violence. The language of Congress’s HR1592 claims “the incidence of violence motivated by the actual or perceived…sexual orientation, and gender identity…poses a serious national problem.” Congress put this bill on a fast track and passed it in one month after its proposal. The bill cites violence motivated by sexual orientation bias as a major national problem. As a pastor who serves an urban congregation, I believe Congress should recognize that violence against all persons in our communities should be worthy of funding and fast-track consideration. The $5,000,000 earmarked for HR1592 should be significantly increased and earmarked to target all violent crimes.

Secondly, I am concerned that the Senate’s S1105 would codify and endorse homosexual behavior, accepting it as normative. While I am totally against violence targeted at homosexual citizens, many leaders like me are against recognizing sexual orientation as a “protected class” of citizens.

For over 200 years, our government has granted protected class status for only a limited group of individuals. Violence against gays can be combated without expanding the protected class status. The Senate should simply grant additional funding to local governmental units to combat physical violence against all its citizens. This would address the concern about assaults against gays as well.

Thirdly, blacks should challenge this proposed legislation because it does not assure our freedom of speech. Although it may appear that this legislation does not implicate free speech issues, we are well aware that laws may be interpreted differently than intended by the courts. In Plessey v. Ferguson, the 14th Amendment was interpreted to permit segregated facilities. It took 58 years---from 1896 to 1954---for the U.S. Supreme Court to overturn that “separate but equal” doctrine.

As a pastor, I am concerned about the potential of being charged with a crime as the result of the actions of someone who may have attended my church, heard my sermons, or read my articles. I, like other pastors, do not preach hate. The black church has historically preached love and repentance. I cannot, however, guarantee that a subjective interpretation of this hate crime legislation will not define my biblical messages as hate speech.

Gay activists intend to use this legislation as a springboard to further their agenda. Lesbian and gay websites trumpet this legislation as a “tactical” first step for promoting lesbian/gay issues, in order to make other pro-homosexual issues more palatable to the Senate and the society at large. Therefore, the bill’s protection from crime is not its only goal.

I call upon all African Americans to do three things:

1. Contact your Senator and say you oppose this legislation.