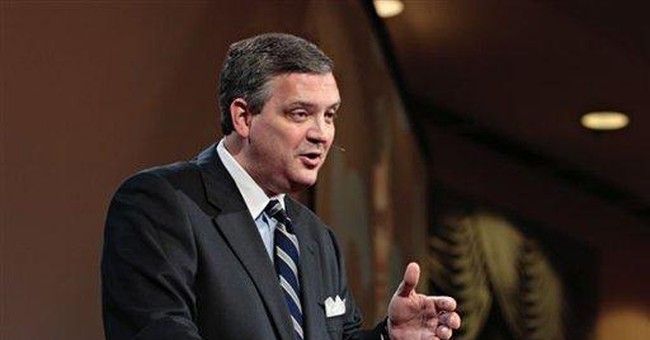 The election of 2008 will be a defining moment in American politics. In addition to the oval office, this election will also determine who will control Washington for the next eight years. The current political atmosphere feels like an “agenda limbo.” Republicans seem to be gasping for breath, while Democrats are clumsily wielding their newfound power. The average person has an overwhelming sense that all the bantering in November and December about bi-partisan cooperation was just well-timed, political rhetoric. In less than 90 days, the gloves have come off and the real power struggle has begun. So much for new beginnings!

Only the 2008 election will remove the current stalemate. Then both parties will be graded on their performance. We could debate for months about the nuances that will develop in both policies and positions during the next 20 months. The war, immigration, and the economy are sure to be major concerns. But what group will rally and decide who wins the dogfight?

Much has been written about the waning influence of evangelicals in the political arena. Many sectors of our electorate hope that true believers will just “go back to church.” This is nothing more than wishful thinking---a theology of social involvement has been preached for over 30 years. In addition, there are students who are preparing to enter the public square---especially politics and law---at schools as diverse as Liberty University to Harvard For these reasons, the pulpit’s influence in politics will continue.

The questions of the hour, however, are: What will this army of voters do in 2008? Can evangelicals find their voice in the next election? Or, will the mid-term defeat of the Republicans give them social laryngitis? I believe the day of blind allegiance by evangelicals to any party will soon come to an end. Leading evangelicals are painfully aware of the failings of both parties. In 2008, conservative evangelicals will begin to advocate culturally transforming policy initiatives. They will also begin to shun the image of being mean-spirited spoilers. After all, the word “gospel” does mean “good news.”

The political makeover of the conservative, evangelical movement is just as painful as a total body makeover. During this transformation from caterpillar to butterfly, a host of enemies are attempting to prevent an evangelical resurrection. A sophisticated, pincer strategy is being waged against them by two groups--–liberal Christians and the liberal press. Both groups fear that the sleeping giant will awaken with an attitude.

Liberal Christians are trying to crack the unity of evangelicals by sponsoring anti-war rallies and other events. Although there is no question about the evil of war, one has to question the political motives of people that say on one hand “the church should not be involved in politics” and on the other hand “march on Washington.” National media ignored the May Day for Marriage of 2004 which brought several hundred thousand participants to D.C., yet they fawn over the efforts of 3,000 or so dissidents.

Over the next 20 months, many valid positions will be put forth by the Christian left. Their goal is to create questions in the minds of the evangelical faithful, while challenging the historic passion that the “moral majority” has had for the issues of protection of life and guarding the traditional family. After all, these values are no longer “sexy” to reporters or culturally seductive.

Liberal newspapers and periodicals have also gone so far as to recently write profusely about a debate about the environment that is occurring behind the closed doors of the evangelical movement. The press has salivated as leaked letters exposed the internal, housekeeping efforts of a movement that has delivered over 60 million voters to the polls in past elections. These stories often do not report that there is a genuine, though intense, dialogue going on within evangelicals circles.

What the liberal press and liberal Christians are not ready for is that evangelicals will embrace the arguments that make sense without sacrificing their core principles. A behind-the-scenes transformation process is going on right before the nation’s eyes.

The evangelical movement will probably sit out the early stages of the presidential race, allowing the candidates to show their values, character, and true positions. During the last 12 months of this process, a re-engineered evangelical force will push a deserving candidate into the winner’s circle. This process may involve true believers holding their nose while they vote – choosing the lesser of two evils. Regardless of the process, the nation has not heard the last of the evangelical church. Like their Savior, they will rise again!