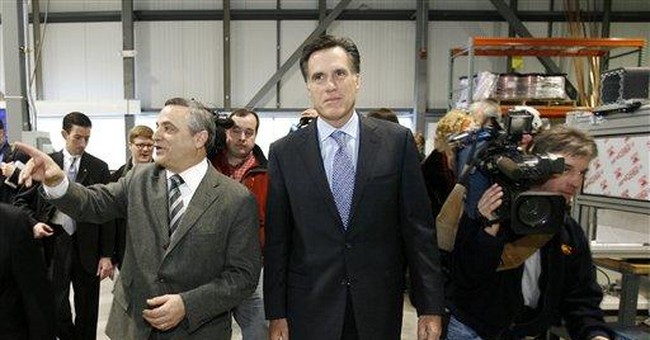 For over thirty years, evangelical leaders have worked tirelessly to mobilize their followers. They have primarily used broadcast media, books, and rallies to change the theology of the modern church. This new theology of involvement has led to policy recommendations and the reengagement of millions in the political process.

The last eight years, the conservative Christian movement has reached the pinnacle of its popularity and influence. In each of the last two elections (2004 and 2006), nearly 60 million evangelical voters charged the polls. They focused on a handful of priorities that pressed the cultural envelope of both thought and communication. To call their efforts successful would be an understatement. In fact, they have begun a quiet revolution that is about to transform politics as we know it.

The evangelical approach of the 20th century was to choose one political party to infiltrate. Based on careful analysis thirty years ago, evangelicals felt that the Republican Party was the most naturally compatible organization for their ideas. Their presence in politics helped to galvanize the fledgling conservative movement, while striking fear in the hearts of their liberal, political enemies. Unfortunately, their major concerns – the sanctity of human life, protection of the nuclear family, and religious liberty – have been misrepresented by their opponents as narrow-minded and petty issues.

The evangelical game plan of the 21st century will involve holding their own among Republicans while proselytizing emerging Democratic leaders as well. In addition to candidate cultivation, the massive media engine of the evangelical community will be focused on defining new moral frontiers for our society. Evangelicals will broaden their agenda to include many moral concerns of the younger generations.

Despite relentless opposition by secular power brokers of both parties, evangelicals will emerge once again as the deciding voting block in 2008. There are at least eight national issues that are begging for clear leadership from evangelical leaders. These issues are:

Let’s discuss each of these issues very briefly.

Everyone knows that the war will be the primary issue of the next election. The religious right is currently seen as “hawks in sheep clothing.” The liberal press often attempts to equate the imperialistic zeal of Islamic radicals with evangelical fundamentalism. I predict that evangelical leaders will begin to speak out with compassion about the loss of life and the need for societal reformation. They will also give the common man a biblically based theology of when, where, and why war is sometimes a nation’s only option.

The primary tenets of radical Islam must be explained to all Americans. The evangelical community will easily be rallied to protect our nation without falling into a xenophobic hate-fest.

Evangelicals have a deep belief in the appropriateness of world missions and outreach to the poor. This community is best equipped to understand why we need to invest billions in aid as opposed to billions in bombs and armaments. Disease and ignorance are easier to defeat than radical insurgents.

The only group in the nation that can speak simultaneously on behalf of immigrants, businesses, and the average American is the Church. Pandering politicians will think twice about their actions if a group as large as the evangelical church presents a preferred solution that does not muddy the waters with blanket amnesty or pat answers.

This domestic mission will require the government, churches, and local communities to work together. Political pressure will need to be applied in order to keep these rebuilding projects before the nation. Katrina became a symbol of class inequity and racial prejudice.

America’s future competitive edge will be based upon our continued leadership in technology, service, and organizational leadership. The academic cancer of low expectations and illiteracy has spread far beyond the ghetto. No Child Left Behind has only scratched the surface of this massive national problem. A large number of Americans must demand that education move to a “front burner” position. This is the classic example of a problem that is important, yet it does not seem urgent.

Younger Americans embrace the concept that our nation and the world must be better stewards of God’s creation. Evangelical thinkers can help define the pathway and pace these reforms take.

Over 14 years ago, during President Clinton’s first year of service, First Lady Hilary Clinton attempted to tackle comprehensive health care reform in a meaningful way. Although her efforts were not successful back then, the problem has certainly not gone away. There needs to be a large, influential group of people to promote an achievable agenda. The evangelical community could be such a group.

The conservative Christian movement is not dead! It has not been buried by the war. It is not losing steam or adherents. It is simply going through a major transition that will make the movement more relevant and effective.