The Senate and the sword of Damocles 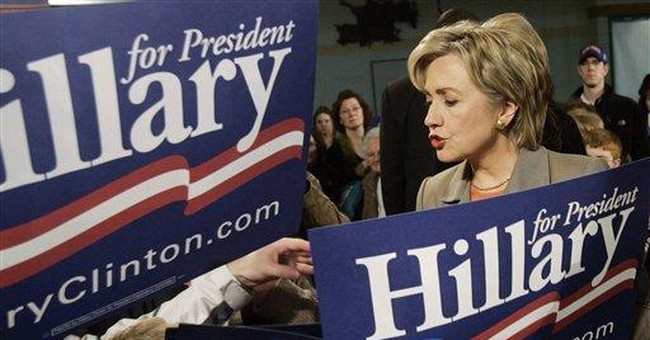 The Senate debates about the war in Iraq and the President’s proposed troop heavy-up was interesting to listen to last week. I would give it an A+ rating in terms of drama, rhetoric, and research. In fact, I heard some of the best political speeches presented in years. The entire process in the Senate amounted to nothing more than a series of vote-for-me-and-my-party presentations. Again and again, leaders who took the floor wanted to make themselves look like the defenders of American life compared to their opponents which they demonized and vilified.

What both parties were doing last week was waging an internal, political war – while the real war rages outside. Don’t get me wrong, I am not saying that these matters should not be discussed. Quite the contrary, there needs to be meaningful dialogue. Unfortunately, the way this process was conducted, it tends to encourage people to pander to their base, quote the party line, and offer no real solutions. Further, since every American has an opinion about the war, many of us are waiting to hear who agrees with our unique slant on Iraq, Islam, and the Middle East.

In addition to the dramatics which are raging inside the Senate chambers, another group of political leaders (including several Senators) are vying for the opportunity to sit in the President’s chair. On the Democratic side are Barak Obama , Hillary Clinton, and other, lesser-known political luminaries. On the Republican side we find Sam Brownback, Mike Huckabee, Mitt Romney, Rudy Giuliani, and John McCain - to name just a few.

Both inside and outside of the Senate, American political opportunists are seizing the moment to appeal to the public. It is clear that the 2008 election cycle has already begun at every level. It will be an all-out political war and no prisoners will be taken.

How should the average American view this process? We can conclude that a political stalemate on important national issues will continue. Unfortunately many of the men and women elected to bring a fresh perspective to the Congress and Senate, are bringing little more than politics-as-usual. If Americans voted for change in 2006, it will soon be apparent to all that we have only changed the personalities – not the process.

Many of the newly elected leadership of the House and Senate need to remember the example of Margaret Thatcher of England when she distinguished herself by maintaining an outsiders perspective. Robert Greene in his excellent work, The 33 Strategies of War, reports of Thatcher, “If Thatcher had become like the men around her, she would simply have been replaced by yet another man. Her instinct was to stay an outsider. In fact, she pushed being an outsider as far as it could go: she set herself up as one woman against an army of men.” Greene goes on to observe that Thatcher was not seduced by popularity; instead she set her sights on attacking and defeating problems and national enemies.

As I observed the dynamics of last week, I could not see any “Margaret Thatchers” emerging from the crowd. On the contrary I could not help thinking about the story of a man named Damocles.

Legend has it that a 4th century tyrant named Dionysius lived in Syracuse, Italy (the richest city in Sicily). Among his many admirers, was a flattering young gentleman in his court named Damocles. Repeatedly, Damocles remarked how fortunate the king was to live in the palace with all his riches and splendor.

One day, the king insisted that he and Damocles trade places. For the courtier, it was a delightful day – filled with food, pampering, and very little responsibility. He was literally waited on hand and foot. Towards the end of the first day of lavish treatment, legend records that Damocles happened to look up and see a glistening razor sharp sword hanging over his head by a single thread made from horse hair. The courtier exclaimed to the king, “Do you see that sword hanging over my head?” The king answered, “Of course I do. I see it everyday.”

The king went on to say that although everyone wanted his position, few had taken the time to observe the real pressures and precarious nature of the job. Upon hearing the king’s sober explanation of the suspended sword, Damocles quickly returned to his home and never asked to change places with the king again.

It strikes me that several of our front running politicians are guilty of the envy, jealousy, and power hunger that prompted Damocles to nag his friend, King Dyonisius, into changing places. Only time will tell who will become the real darlings of the American people in 2008.

My prayer for the emerging new leaders of the next few years is that they will choose substance over sizzle, and servanthood over political seduction. This is especially important for our nation as we address the problems of Iraq, the Middle East, and radical Islam.