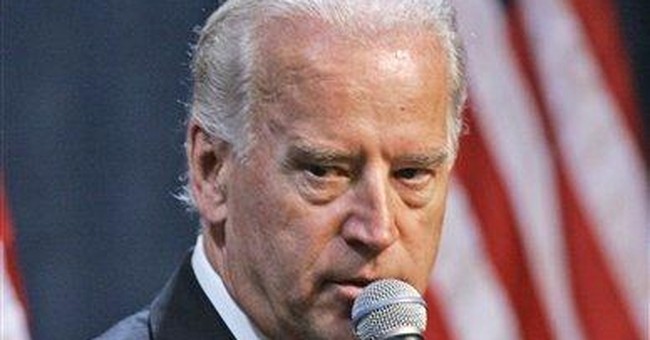 If it were not so important, we should be able to laugh at the tax returns and U.S. Senate disclosure forms of Senators Obama and Biden.

In 2004, obviously neither Senator Biden nor Senator Obama realized that their tax returns would be made available to the public. And neither of them “walked their talk”.

In 2004, the Bidens reported that they had $234,271 in adjusted gross income and made contributions of $380. Biden spokesman David Wade said the deductions on the tax forms ``are not the sum of their annual contributions to charity.'' The Bidens ``contribute to their church, and they also contribute to their favorite causes.'' Sure, maybe he tossed a quarter into the Salvation Army kettle. No one forgets to list their charitable contributions in their annual tax return. In 2004, the Obamas reported $207,647 in adjusted gross income and contributed $2500 to charity, an inch over 1% of their income.

Obama’s 2004 tax returns report no (none, zero, zip) interest or dividend income. This is confirmed in his 2004 U.S. Senate disclosures which report not a single family bank or checking account with a balance of $1000. One might conclude he and his wife took their pay checks down to the local gas station and cashed them every Friday afternoon. Pretty unusual for folks earning over $200,000 per year. Biden’s 2004 tax returns reported the grand sum of $129 in interest income and not a dollar of dividend income. These are families that were earning over $200,000 per year for years and years and years. (The Obamas had adjusted gross income of over $240,000 and the Bidens had adjusted gross income of over $220,000 every year, 2001, 2002 and 2003.)

So what do we have in terms of these Presidential and Vice-Presidential nominees? First, we have people who are not believers in charitable giving while outside the public spotlight. Second, we have people who believe that people who earn over $250,000 a year are rich, but apparently cannot save so much as a nickel while making just under $250,000 a year. Finally, we have two men who wish to be the leaders of the largest economy in the world, who between them simply do not invest in that economy.