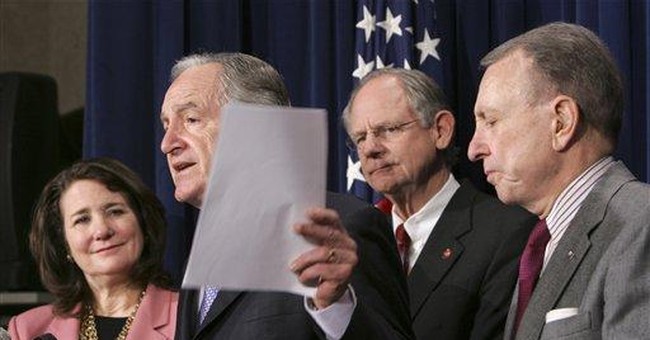 The pro-choice enterprise in any of its forms is doomed to fail morally because it ultimately reduces human value to functional terms.

For example, Michael Kinsley dismisses embryonic value because of size. They are “microscopic groupings of a few differentiated cells.” First, this only works if human size determines human value. Second, since size is relative, human value based on size would be relative, too. If bigger is better and smaller is lesser, what is the proper frame of reference for comparison? All human beings are much bigger than some things and much smaller than others.

Even so, some pro-lifers lose sight of this logic when it comes to ESCR. Senator Orrin Hatch thinks that the moral status of an embryo in a petri dish is different from one in it’s “proper” environment attached to a uterus. He believes the first will never become a human being and the second already is one. Note, the only difference between the two is location. The embryo itself is exactly the same in each instance.

Of course, it is correct to think such embryos will never grow unto full human beings, but only because it’s very difficult to grow that large in a Petri dish. Seal up a senator in a Mason jar and he won’t grow much, either.

Following this rationale to its logical conclusion reveals its flaws. What if science were to advance beyond IVF to the point where artificial wombs could successfully domicile human embryos for the full nine months of gestation until “birth” (a technological eventuality, some say). Applying this same moral logic—the human isn’t a real human unless it’s in the right environment—what is pro-lifer Hatch to do now? This full-term fetus would not be human and, following the logic of ESCR, could legitimately be mined for his spare biological parts.

Clearly, location can't be the deciding factor. All human beings have some core quality that gives them equal and unalienable rights, and this valuable thing is not altered by anything physical or functional.

This is why the “benefit” argument for ESCR (“Think of all the people it will help”), even if true, has no merit. If embryos are in fact valuable human beings, then the end does not justify the means in this case. We do not sacrifice human beings for medical purposes regardless of the good it might bring others.

This benefit appeal reduces ESCR to, as one put it, “biotechnical cannibalism” in which we devour our own young to satisfy our hunger for personal health.

They appeal to the suffering of loved ones (or celebrities) to make the argument for destroying human embryos. Such suffering is real and often horrible. But suffering is not an argument, and the case for embryo research must rest on some notion of what embryos are, what standing they should be accorded, and the moral consequences of using them as means for our own benefit. [emphasis added]

The moral logic of the pro-life position, consistently applied, is adequate to inform not only the abortion issue, but ESCR as well.

When asked “What gives any human being value?” Pro-lifers have the resources to answer that question. When the human being exists, all of her intrinsic qualities exist, including her transcendent value. This answer, though, does not allow us in ESCR to tie human value to size, location, or level of development without destroying our case for innate human worth at the same time.

This logic also answers another question: What should we do with the extra embryos? Following our moral principles, since embryos are each valuable human beings, we should treat them like anyone else. They should neither be wantonly destroyed, auctioned off for medical experimentation, nor farmed for their valuable body parts. Instead, they should be adopted (implanted in new mothers) or allowed to die naturally. To avoid this problem in the future, IVF should be done only with the number of eggs that can safely be carried by the mother without risking “selective reductions,” a euphemism for abortion.

In ESCR, most embryos are harvested at seven days. A seven-day-old embryo is just 14 days away from a beating heart. For those who are pro-life, there is only one answer to the question of embryonic stem cell research: No. Anything else undermines our entire moral endeavor and completely destroys the case for any transcendent human rights.

That’s what the moral logic requires. Unless, of course, there really is no moral continuity to our position. Unless we are just emoting.

Click to read "The Confusing Moral Logic of ESCR: Part I or II"