Gregory Koukl is a radio talk show host, founder and president of Stand to Reason (www.str.org).

Greg started out thinking he was too smart to become a Christian and ended up giving his life for the defense of the Christian faith. A central theme of Greg's speaking and writing is that Christianity can compete in the marketplace of ideas when it's properly understood and properly articulated.

Greg's teaching has been featured on Focus on the Family radio, he’s been interviewed for CBN and the BBC, and did a one - hour national television debate with Deepak Chopra on Lee Strobel's "Faith Under Fire." Greg has been quoted in U.S. News & World Report, The Philadelphia Inquirer, and the L.A. Times. An award - winning writer, Greg is author of Relativism: Feet Firmly Planted in Mid - Air with Francis J. Beckwith, and Precious Unborn Human Persons. Greg has published more than 145 articles and has spoken on more than 40 university and college campuses both in the U.S. and abroad.

When Compromising Is not a Compromise
By Gregory Koukl
During next year’s presidential election, the one issue that most directly relates to justice is abortion. If you are ...
November 06, 2007

Christianity Is No “Leap of Faith”
By Gregory Koukl
The spate of atheists on the bestsellers list dismiss Christianity as irrational. They exude a palpable condescension. But ...
October 10, 2007
Why Hate Shouldn't Be a Crime
July 21, 2007 |
Political Passivity—Vice or Christian Virtue?
April 30, 2007 |

Partial-Birth Abortion Is Not about Abortion
By Gregory Koukl
When we justify the killing of a fully human child because of severe, congenital defect, we are not making a ...
April 06, 2007 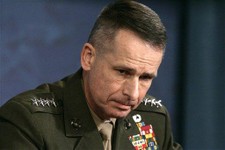 The Myth of Moral Neutrality
By Gregory Koukl
Gen. Peter Pace was vehemently denounced and condemned earlier this week for expressing a personal moral judgment that homosexuality is ...
March 16, 2007
Wailing at the Tomb?
March 04, 2007 |

Same-Sex Marriage — Challenges & Responses
By Gregory Koukl
The latest in the aggressive efforts to redefine marriage is a Washington state initiative that would nullify marriages that don’t ...
February 11, 2007 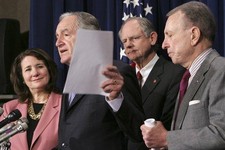 The Confusing Moral Logic of ESCR: Part III
By Gregory Koukl
The pro-choice enterprise in any of its forms is doomed to fail morally because it ultimately reduces human value to ...
January 24, 2007

The Confusing Moral Logic of ESCR: Part II
By Gregory Koukl
By any objective, scientific standard, the embryo qualifies as a member of the human race. From the moment of ...
January 18, 2007 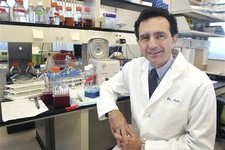