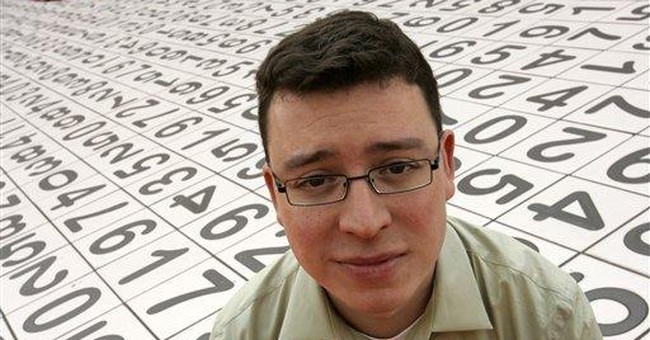 Last year, I wrote a book called An Army of Davids: How Markets and Technology Empower Ordinary People to Beat Big Government, Big Media, and Other Goliaths. It was a celebration of how technology empowers the little guy, though I did spend some time discussing the darker sides of this development. John Robb’s Brave New War is in a way the mirror image of my argument: it devotes a lot of space to the dark side of the technological empowerment of individuals and small groups, and much less to potential upsides.

The dark side is certainly there. In the old days, you needed many people to commit significant mayhem—something like a Roman legion, or at least a century. Nowadays, one man with an AK-47 is probably a match for a hundred Roman legionaries, and modern explosives make matters even more asymmetrical. In the foreseeable future, Robb concludes, we may even see a situation where an individual can declare war on the world—and win. Or as science fiction writer Vernor Vinge put it in his recent book Rainbows End, set in 2025: “Nowadays Grand Terror technology was so cheap that cults and criminal gangs could acquire it . . . . In all innocence, the marvelous creativity of humankind continued to generate unintended consequences. There were a dozen research trends that could ultimately put world-killer weapons in the hands of anyone having a bad hair day.”

All sorts of technological trends—from biotechnology to nanotechnology—work to amplify the lethality of individuals and small groups. But the biggest contemporary source of bad-guy empowerment, Robb rightly notes, comes from the vulnerability of our own modern systems and networks for electrical distribution, telecommunications, transportation, food distribution, and more, which are subject to swift disruption if critical nodes or resources are destroyed. Robb may overstate the prospects for devastating damage; system disruption has been a goal of air forces for nearly a century, but actually pulling it off in the face of efforts to reroute or repair has always been harder than anticipated. Still, the fragility is acute. Just-in-time inventory systems save on costs, but even brief interruptions in deliveries will cause production to shut down. Deregulated telecommunications systems tend to concentrate traffic into a small number of high-traffic trunks, again in order to cut costs; take out the hubs, the system goes down. And system redundancies, as well as extensive maintenance and repair capabilities, are often casualties of tight budgets. Ma Bell gave us fewer telecom services at higher prices, but her network was much more robust than those we enjoy now, so much so that—as Paul Bracken observed in The Command and Control of Nuclear Forces—her capabilities were tougher than those of most military networks.

Even without terrorists or war, things can easily go wrong in our interconnected world, as became exceedingly clear in 2003. The SARS epidemic sent shockwaves throughout the global economy, and threatened to ground air travel. The Northeast blackout left 40 million Americans without power for periods ranging from hours to days. And the former Soviet Republic of Georgia suffered a major blackout of its own, one that affected millions—though that one, like the great power outage in Memphis that left over 1 million people without power, some for weeks, got less attention because it affected fewer media people. Likewise, a broken gas pipeline that left Phoenix and its environs desperately short of fuel got relatively little attention. You can exaggerate this vulnerability—as people did in the Y2K hysteria—but that doesn’t mean it isn’t real.

That puts a premium on planning, to respond effectively when things go wrong. And that’s a place where there’s much room for improvement—both in our world and, to a degree, in Robb’s book. When it comes to survivability, Robb is a small-is-beautiful kind of guy. Solar and wind power generation are close to the end user and harder to disrupt, so he likes them. (A critic might argue, however, that at this point a switch to such technologies would create more disruption than terrorists are likely to manage.) Likewise for many other crunchy and sustainable technologies, from walking-distance commutes to local farming. Robb’s basic point about system vulnerability is surely right. We should start designing systems to be not only cheap, and robust against ordinary sources of trouble, but also resilient enough to withstand and recover from unanticipated shocks. Unfortunately, the book’s description of this topic is itself a bit underfunded. Robb is a fan of resilience, but his book provides scant help for those who accept the message and want to know where to start fixing things.

Robb is a critic of “brittle security”—the approach that produces a hard shell but a soft center. He’s right to be critical. As Robb makes clear, terrorism is a fast-moving, dispersed phenomenon that depends on the varying talents of lots of enthusiastic participants. In my own book, I noted that the passengers on United Airlines Flight 93 staged the only really successful response to the 9/11 terrorists. Likewise, I pointed to “white hat” hackers who were pursuing jihadist websites (with little or no cooperation from the duly constituted authorities) and the rapidly improvised evacuation effort in lower Manhattan on September 11. Successful approaches to terrorism are likely to incorporate, and facilitate, responses like these. It seems plausible to me that we will want a security approach that integrates the talents and observational abilities of ordinary people in ways that our professionalized security bureaucracies generally resist. The same is true for disaster response generally. A considerable academic literature exists on this subject, and Robb could have drawn upon the work of people like Kathleen Tierney and others in an expanded version of his rather brief “what to do” discussion.

Nevertheless, Robb has written an important book that every policymaker should read. While brief, it is also—quite justifiably—frightening. My worry is that the paucity of constructive suggestions will cause many a rightly frightened policymaker to put down Brave New War, order a stiff drink, and think about something more pleasant, surely not the result that Robb intends.

This review originally appeared in the City Journal.