In Praise of Saying No 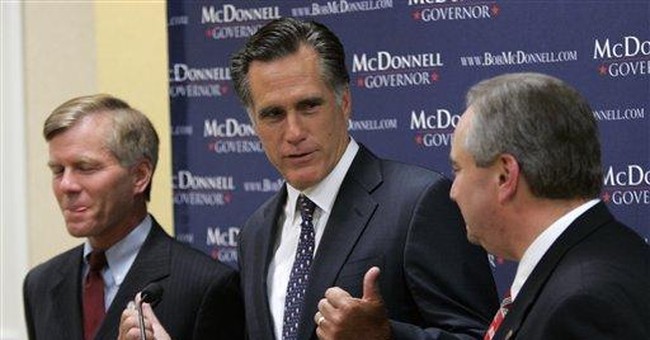 WASHINGTON -- Today's health policy "summit" comes at a moment when, as happens with metronomic regularity, Washington is reverberating with lamentations about government being "broken." Such talk occurs only when the left's agenda is stalled. Do you remember mournful editorials and somber seminars about "dysfunctional" government when liberals defeated George W. Bush's Social Security reforms?

The summit's predictable failure will be a pretext for trying to ram health legislation through the Senate by misusing "reconciliation," which prevents filibusters. If the Senate parliamentarian rules, as he should, that most of the legislation is ineligible for enactment under reconciliation, the vice president, as Senate president, can overrule the parliamentarian. This has not happened since 1975, but liberals say desperate times require desperate measures.

Today's desperation? Democracy's majoritarian ethic is, liberals say, being violated by the filibuster that prevents their enacting health legislation opposed by an American majority.

Some liberals argue that the Constitution is unconstitutional, for two reasons, the first of which is a non sequitur: The Constitution empowers each chamber to "determine the rules of its proceedings." It requires five supermajorities (for ratifying treaties, endorsing constitutional amendments, overriding vetoes, expelling members and impeachment convictions). Therefore it does not permit requiring a sixth, to end filibusters.

The second reason filibusters are supposedly unconstitutional is that they exacerbate the Senate's flaw as "inherently unrepresentative." That is, the Founders -- who liberals evidently believe were dolts or knaves -- designed it to represent states rather than, as the House does, population.

"Great innovations," said Jefferson, "should not be forced on slender majorities." Hence Barack Obama recently embraced a supermajority mechanism: The 18-member commission he created to recommend measures to reduce the deficit requires that any recommendation be endorsed by 14 members.

Filibusters are devices for registering intensity rather than mere numbers -- government by adding machine. Besides, has a filibuster ever prevented eventual enactment of anything significant that an American majority has desired, strongly and protractedly?

Liberals say filibusters confuse and frustrate the public. The public does indeed mistakenly believe government is designed to act quickly in compliance with presidential wishes. But most ideas incubated in the political cauldron of grasping factions are deplorable. Therefore, serving the public involves -- mostly involves -- saying "No." The Bill of Rights, like traditional conservatism, effectively pronounces the lovely word "no" regarding many possible government undertakings -- establishment of religion, unreasonable searches and seizures, etc.

The fiction that government is "paralyzed" by partisanship is regularly refuted. Presidents Reagan, Clinton and Bush reached across party lines in 1986, 1996 and 2001 to pass tax reform, welfare reform and No Child Left Behind, respectively. The $700 billion TARP legislation and the $862 billion stimulus were enacted with injudicious speed.

Liberals are deeply disappointed with the public, which fails to fathom the excellence of their agenda. But their real complaint is with the government's structure. And with the nature of the politics this structure presupposes in a continental nation wary of government and replete with rival factions. Liberals have met their enemy and he is the diminutive "father of the Constitution," of whom it was said that never had there been such a high ratio of mind to mass: James Madison.