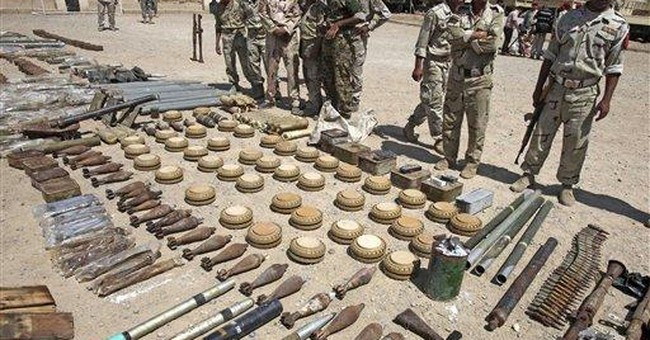 WASHINGTON -- Since U.S. troops withdrew from Iraq's cities, two months have passed, and so has the illusion that Iraq is smoothly transitioning to a normality free of sectarian violence. Recently, Gen. Ray Odierno, commander of U.S. troops there, "blanched" when asked if the war is "functionally over." According to The Washington Post's Greg Jaffe, Odierno said:

"There are still civilians being killed in Iraq. We still have people that are attempting to attack the new Iraqi order and the move towards democracy and a more open economy. So we still have some work to do."

No, we don't, even if, as Jaffe reports, the presence of 130,000 U.S. troops "serves as a check on Iraqi military and political leaders' baser and more sectarian instincts." After almost six and a half years, and 4,327 American dead and 31,483 wounded, with a war spiraling downward in Afghanistan, it would be indefensible for the U.S. military -- overextended and in need of materiel repair and mental recuperation -- to loiter in Iraq to improve the instincts of corrupt elites. If there is worse use of the U.S. military than "nation-building," it is adult supervision and behavior modification of other peoples' politicians.

More than 725 Iraqis have been killed by terrorism since the June 30 pullback of U.S. forces from the cities. All U.S. combat units are to be withdrawn from the country within a year. Up to 50,000 can remain as "advisers" to an Iraqi government that is ostentatious about its belief that the presence of U.S. forces is superfluous and obnoxious.

The advisers are to leave by the end of 2011, by which time the final two years of the U.S. military presence will have achieved ... what? Already that presence is irrelevant to the rising chaos, which the Iraqi government can neither contain nor refrain from participating in: Security forces seem to have been involved in the recent robbery of a state-run bank in central Baghdad.

Washington Post columnist David Ignatius correctly argues that "without the backstop of U.S. support," Iraq is "desperately vulnerable" to Iranian pressure. He also reports, however, that an Iraqi intelligence official says Prime Minister Nouri al-Maliki's links with Iran are so close that he "uses an Iranian jet with an Iranian crew for his official travel." Whenever U.S. forces leave, Iran will still be Iraq's neighbor.

Kenneth Pollack of the Brookings Institution, writing in The National Interest, notes that although rising Iraqi nationalism might help "heal the rifts between Sunni and Shia," it also might exacerbate relations with the Kurdish semi-state in northern Iraq, where control of much oil and the city of Kirkuk is being contested.

The militia parties that ruled Iraq from 2003 to 2007 remain, Pollack says, the major political parties, although mostly without militias. They "still bribe and extort," "assassinate and kidnap," "steal and vandalize" and try to prevent the emergence of new political parties that are "more secular, more democratic, more representative, less corrupt and less violent." If they succeed and "America is forced out," Pollack says, "the glimmers of democracy will fade and Iraq will be lost again." But if democracy is still just a glimmer that will be extinguished by the withdrawal of a protective U.S. presence, its extinction can perhaps be delayed for two more years but cannot be prevented.

The 2008 U.S.-Iraq security agreement must be submitted to a referendum by the Iraqi people. If they reject it, U.S. forces must leave the country in a year. Pollack believes that if Maliki pushes to hold the referendum in January, coinciding with the national elections, the agreement will become the campaign issue and will indicate that Maliki wants U.S. forces removed in order to enlarge his freedom of action. The United States should treat this as a Dirty Harry Moment: Make our day.

Many scholars believe, Pollack says, that nations which suffer civil wars as large as Iraq's was between 2004 and 2006 have "a terrifyingly high rate of recidivism." Two more years of U.S. military presence cannot control whether that is in Iraq's future. Some people believe the war in Iraq was not only "won" but vindicated by the success of the 2007 U.S. troop surge. Yet as Iraqi violence is resurgent, the logic of triumphalism leads here: