Fire in Your Neighbor's House 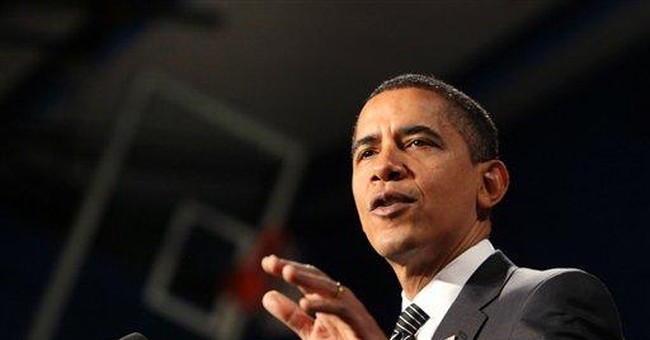 WASHINGTON -- FDR's analogies, like his policies, are being recycled. As money gushes from Washington like water from a fire hose, consider how bailout promiscuity is coloring politics at all levels.

Brian Tierney is CEO of Philadelphia Media Holdings, which publishes Philadelphia's Inquirer and Daily News and has missed loan payments since June. Pennsylvania Gov. Ed Rendell's spokesman says Tierney has had "a number of conversations" with Rendell about receiving state money that "could come from a number of revenue streams."

The Wall Street Journal designated this "the worst bailout idea so far" and "nuts in eight different ways," noting that the investors Tierney led in purchasing the two newspapers put up only 20 percent in equity, making them typical of "Americans who borrowed too heavily during the credit mania." In response to Rendell's spokesman saying that newspapers are "the lifeblood of democracy," the Journal said "newspapers aren't the lifeblood of anything if they are merely an adjunct of the state" and are "dependent on the politicians (they are) supposed to cover."

In a remarkably maladroit letter to the Journal, Tierney said "the overwhelming majority of our employees" -- truck drivers, advertising salespeople, etc. -- whose jobs would be saved by government money "have no influence on the editorial content" of the papers. So: Even if the papers' survival, and therefore the jobs of reporters and editorial writers, would depend on the government's good will, the papers would remain independent because reporters and editorialists are a minority of the papers' employees. Good grief.

Rep. Henry Waxman, the California Democrat, practiced law for three years, then entered elective office at 29 and has never left, so when he speaks about a world larger than a legislature, and about entities more enmeshed in life's grinding imperatives, he says strange things. Objecting to General Motors, Ford and Chrysler opposing more severe fuel-economy and emissions standards, he says: "They have not yet stopped being controlled by their own self-interest."

There is something piquant about a congressman summoning others up from self-interestedness, and it is mysterious whose interests, other than those of their shareholders, corporations are supposed to be controlled by. And although Waxman seems to concede that more stringent standards would injure the companies' interests, he supports those standards, as he supported giving billions of taxpayers' dollars to preserve the companies. He surely will support the next installment of auto subsidies, which, like the previous installment, will not be the last installment. In last year's second quarter, GM lost $118,000 a minute and the next plan for its salvation until the next crisis will require more government money to prevent bankruptcy, which would require more government money.

Talk about trillions of dollars has become so commonplace that billions seem minuscule -- even though a billion minutes ago Plutarch (46-120 A.D.) was alive -- and it is hardly worth mentioning mere millions, such as the $50 million for stimulus through the National Endowment for the Arts. But those millions elated Rep. Louise Slaughter, D-N.Y., co-chairwoman of the Congressional Arts Caucus: "If we're trying to stimulate the economy and get money into the Treasury, nothing does that better than art." Nothing? Is Slaughter correct about what we're trying to do? Is the point of the government's stimulus spending to get more money into the government -- "into the Treasury"? She is not the first politician to desire prosperity for the people so that they could be more bountiful taxpayers.

"Never," said Rep. Tom Cole, R-Okla., when voting against the stimulus, "have so few spent so much so quickly to do so little." Three of his contentions are correct. The $787 billion price tag is probably at least two-thirds too low: Add the cost of borrowing to finance it, and allow for the certainty that many "temporary" programs will become permanent, and the price soars far above $2 trillion.

Cole's fourth contention, however, is wrong. The stimulus, which the Congressional Budget Office says will, over the next 10 years, reduce GDP by crowding out private investment, already is doing a lot by fostering cynicism in the service of opportunism.