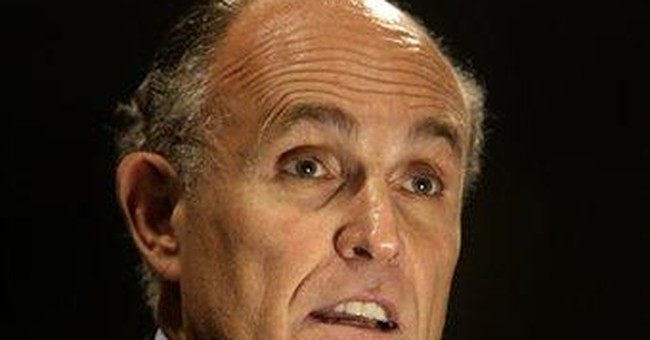 One time, years ago, the veteran Baltimore newspaperman, H.L. Mencken, was checking copy coming in from the night editor and sighing at the rising number of errors he was noticing, errors of fact but also of syntax, and even some idioms that didn't sound quite right. He shook his head and said, as much to himself as to the editor at his side: ``The older I get the more I admire and crave competence, just simple competence, in any field from adultery to zoology.'' -- Alistair Cooke, ``Memories of the Great and the Good''

WASHINGTON -- Accepting the 1988 Democratic nomination, Gov. Michael Dukakis, a carrier of Massachusetts' political culture, allowed his fervent hope to be the father of his surmise when he said, ``this election is not about ideology. It's about competence.'' His meaning was opaque -- how would he decide what to competently achieve? But perhaps today's events -- from Iraq to Katrina to the irrationality of immigration policy -- have put Americans into Mencken's frame of mind as they shop for a president. Which could explain why two among the parties' front-runners are who they are.

Hillary Clinton is hardly a fresh face. She has been in the nation's face since the I'm-not-Tammy-Wynette expostulation of 1992. She is not even the most interesting novelty. Barack Obama is, and he is more charming. She is, however, seasoned. Americans hungry for competence seem, so far, to be resisting Obama's request that, for his benefit, they should treat the presidency as a nearly entry-level political office.

One or two persons were going to emerge as Clinton's principal rivals and perhaps she is fortunate that they turned out to be Obama and the almost-as-inexperienced John Edwards, not, say, five-term Sen. Chris Dodd, six-term Sen. Joe Biden or governor and former diplomat Bill Richardson. Clinton's persona as the high school class grind may be this year's charisma.

Giuliani is crosswise with social conservatives, especially concerning abortion. Yet one reason he is in the top tier of the Republican field is that, according to Pew Research Center polling, he is supported by nearly 30 percent of social conservatives, who are 42 percent of the Republican vote. Perhaps some opponents of abortion are coming to terms with the fact that the party has written itself into a corner regarding that issue.

By 1972, 16 states with 41 percent of the nation's population had liberalized their abortion laws, and the Republican platform did not mention the subject. The next year the Supreme Court ripped the subject away from state legislatures. In 1976, the Republican platform protested the court's decision, recommended ``continuance of the public dialogue on abortion'' and endorsed a constitutional amendment ``to restore protection of the right to life for unborn children.''

The 1980 platform was similar, but four years later, and subsequently, the party, while continuing to favor a constitutional amendment, has also advocated ``legislation to make clear that the Fourteenth Amendment's protections'' -- no ``person'' shall be deprived of life without due process of law -- ``apply to unborn children.'' So, the party has repeatedly endorsed a constitutional amendment that it thinks is a redundancy.

The party asserts that one of America's most common surgical procedures is murder. So, last year, perhaps a million women and their doctors committed murder. However much a person deplores abortion and embraces that legal logic, nobody believes that either the legislation or the constitutional amendment that Republican platforms have praised will be passed. Hence the sterility of today's abortion debate. And hence the inclination of some social conservatives to focus on limiting abortion by changing the culture, and their willingness to evaluate candidates by criteria unrelated to abortion.

Writing in The New Republic, Thomas B. Edsall notes that in the late 1980s voters by a 51-42 margin believed that ``school boards ought to have the right to fire teachers who are known homosexuals.'' Today voters disagree, 66-28. In 1987, voters were evenly divided on the question whether ``AIDS might be God's punishment for immoral sexual behavior.'' Today voters disagree, 72-23.

Edsall wonders whether Giuliani, who is appealing to ``the Republican longing for managerial competence'' with his ``idiosyncratic brand of conservatism,'' might be a transformational Republican figure. But perhaps his conservatism is not idiosyncratic. Perhaps it is, in a way, traditional. Perhaps some conservatives are really serious about turning back the clock. To 1972.