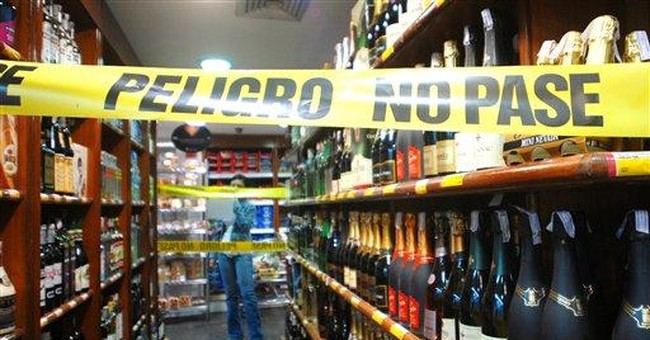 Public policy often illustrates the law of unintended consequences. Society's complexity -- multiple variables with myriad connections -- often causes the consequences of a policy to be contrary to, and larger than, the intended ones. So, when assessing government actions, one should be receptive to counterintuitive ideas. One such is John McCardell's theory that a way to lower the incidence of illness, mayhem and death from alcohol abuse by young people is to lower the drinking age.

McCardell, 57, president emeritus of Middlebury College in Vermont and professor of history there, says alcohol is and always will be ``a reality in the lives of 18-, 19- and 20-year-olds.'' Studies indicate that the number of college students who drink is slightly smaller than it was 10 years ago, largely because of increased interest in healthy living. But in the majority who choose to drink, there have been increases of ``binge drinking'' and other excesses. Hospitalizations of 18- to 20-year-olds for alcohol poisoning have risen in those 10 years.

This, McCardell believes, is partly because the drinking age of 21 has moved drinking to settings away from parental instruction and supervision. Among college students, drinking has gone ``off campus and underground,'' increasing risks while decreasing institutions' abilities to manage the risks.

Although all 50 states ban drinking by persons under 21, technically there is no national drinking age. Each state has a right to set a lower age -- more than half had lower age limits in the 1970s -- but doing so will cost it 10 percent of its federal highway funds and cause significant uproar from contractors and construction unions.

This pressure on the states by the federal government was put in place in 1984, under Ronald Reagan. He was famously susceptible to moving anecdotes, and Mothers Against Drunk Driving, founded in 1980, had a tragically large arsenal of them. MADD has been heroically successful in changing social norms, nudging society toward wholesome intolerance of the idea that intoxication is amusing (today, the 1981 movie ``Arthur,'' featuring Dudley Moore as a lovable lush, is embarrassing) and that drunk driving is a minor peccadillo.

That theory, McCardell believes, has been slain by facts. What is needed now is some ``mechanism other than moral suasion'' to regulate alcohol use by the under-21 cohort.

The drinking age of 21 was one of 39 measures proposed during the 1980s by a presidential commission on drunk driving; various measures adopted did dramatically reduce the problem. But according to the National Institute on Alcoholism and Alcohol Abuse, about 5,000 people under 21 die every year from vehicular accidents, other injuries, homicides and suicides involving underage drinking. Supporters of the drinking age of 21 say there is nothing wrong with the law that better enforcement could not cure.

McCardell thinks that, on campuses, a drinking age of 21 infantilizes students, encouraging immature behavior with alcohol and disrespect for law generally. Furthermore, an ``enforcement only'' policy makes school administrations adversaries of students and interferes with their attempts to acquaint students with pertinent information, such as the neurological effects of alcohol on young brains. He notes that 18-year-olds have a right to marry, adopt children, serve as legal guardians for minors, purchase firearms from authorized dealers, and are trusted with the vote and military responsibilities. So, he says, it is not unreasonable to think that they can, with proper preparation, be trusted to drink.

McCardell -- gray hair, gray suit, soft voice; he says he is a ``social drinker'' -- and his group, Choose Responsibility, suggest merely that drinking by 18-year-olds be treated like driving by young people -- as an activity requiring a license earned after instruction, with provisions for suspending the license when the right it confers is abused.

Students may not care about McCardell's cause because they have little trouble finding fake IDs, or getting older friends to purchase their alcohol. His strongest argument, however, may be that delaying legal drinking until 21 merely delays tragedies that might be prevented with earlier instruction in temperance. The age that has the most drunk driving fatalities? Twenty-one.