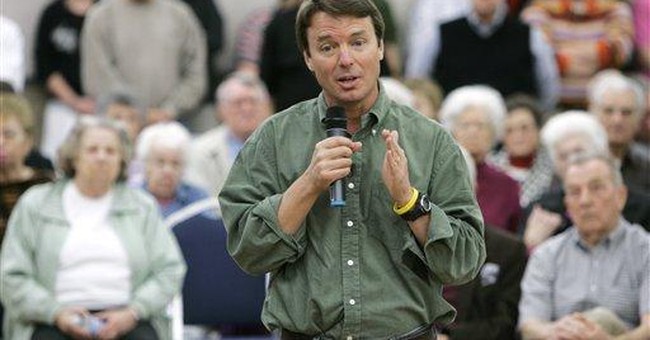 "The only reason for time is so that everything doesn't happen at once." -- attributed to Albert Einstein

WASHINGTON -- That is, however, a very good reason. And a reason why the emerging nature of the 2008 process for picking presidential nominees is regrettable.

With scant thought given to the national interest, particular states pursuing what they fancy is in their interest are propelling the nation into a delegate-selection process so compressed that it will resemble a national primary. These states may exacerbate what they consider a problem -- the importance of early voting in small states.

It is, of course, a commandment graven on the heart of humanity by the finger of the Almighty that Iowa's caucuses shall come first and then New Hampshire shall have its say. Or at least it was so graven until Democrats decided that the Almighty's purposes would be better served by inserting between Iowa (population 3 million) and New Hampshire (population 1.3 million) some caucuses in Clark County, Nevada.

Technically, the caucuses are in all of Nevada (population 2.5 million), but outside of Clark County -- basically, Las Vegas -- where about 70 percent of Nevadans live, the state is mostly federally owned land (91 percent), and sheep and other quadrupeds. Were Nevada to try to have a primary before New Hampshire's, that irritable state might move its primary up to this May.

Anyway, until recently nine states had primaries scheduled for Feb. 5. But soon perhaps 20 states, including California (population 36.5 million), will. If that many states do, this will increase the importance of Iowa, Clark County and New Hampshire.

Every campaign is shaped by two scarcities -- the candidate's time, and money. No candidate will have enough of either to campaign intensely, in person or even on television, in perhaps 24 states across the continent in the 22 days between Iowa (Jan. 14) and Feb. 5. As political analyst Charlie Cook says, this will raise the stakes -- the free media attention, and the momentum it imparts -- that will accrue to the winner or winners of the first four states (South Carolina Democrats and Republicans vote on Jan. 29 and Feb. 2, respectively). Indeed, if one person wins three or all four of those, the Feb. 5 primaries might be mere ratifying echoes rather than deciding events.

And if, say, California's Republican primary on Feb. 5 is not too late to matter, it will be too early to allow candidates to do the sophisticatedly targeted campaigning that the state party's rules require. Here is why:

A somewhat protracted delegate selection process minimizes the chance that voters will suffer buyers' remorse. This is so because a protracted process tests truly presidential attributes -- physical stamina and the abilities to think strategically, to be tactically nimble, to select good staff and use its advice and criticism, and to respond to surprises and setbacks.

The parties could create less helter-skelter processes. One proposed plan would divide the nation into four regions voting on monthly intervals, with the order of voting rotated every four years. Another plan, which would not provoke the Almighty, would preserve Iowa's and New Hampshire's solitary grandeur as places where the least well-known and well-funded candidates find the lowest barriers to entry into contention. Then voting would occur over 10 two-week intervals, with the largest states coming last, or in some randomized or rotating clusters.

The mistakenly deplored fact that campaigning in the 2008 cycle has begun so early gives voters a sort of protracted process, particularly if voters mean what they say when they tell pollsters (73 percent in a Wall Street Journal/NBC poll) that they are paying close attention to the campaigning.

But people learn most when the debate intensifies and the process begins to winnow the field of candidates. Unfortunately, in 2008 all the winnowing might happen at once. If so, perhaps by 2012 the parties can concoct a better system. We live and, sometimes, learn.