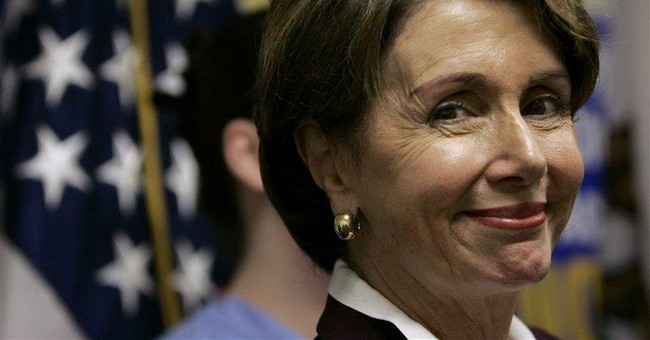 WASHINGTON -- Good for Adrienne Eaton of Rutgers University's Labor Studies & Employment Relations Department. Her forthright description of a central issue in the debate about the Employee Free Choice Act, which she supports, clarifies why that legislation is symptomatic of a disagreeable tendency in today's politics.

Labor unions hope this exquisitely mistitled act, which the House of Representatives probably will pass this week, will compensate for their dwindling persuasiveness as they try to convince workers to join. It would allow unions to organize workplaces without workers voting for unionization in elections with secret ballots. Instead, unions could use the "card check" system: Once a majority of a company's employees signs a card expressing consent, the union is automatically certified as the bargaining agent for all the workers.

Unions say the card check system is needed to protect workers from anti-union pressure by employers before secret ballot elections. Such supposed pressure is one of organized labor's alibis for declining membership.

There are, however, ample protections against employer pressures that really are abusive. Tellingly, the act would forbid employers from trying to influence -- pressure? -- employees by improving their lot: It would fine employers who, to reduce the incentive to unionize, give workers "unilateral" -- not negotiated -- improvements in compensation or working conditions. Clearly, the act aims less to help workers than to herd them as dues-payers into unions.

Under the card check system, unions are able to, in effect, select the voters they want. It strips all workers of privacy and exposes them, one at a time, to the face-to-face pressure of union organizers who distribute and collect the cards. The Supreme Court has said that the card check system is "admittedly inferior to the election process."

Repealing a right -- to secret ballots -- long considered fundamental to democratic culture would be a radical act. But labor is desperate. The card check shortcut to unionization comes before Congress after last month's announcement that union membership declined, yet again, in 2006, by 326,000.

Today's work force is marvelously flexible. People entering the labor market at age 18 will have, on average, 10 employers by the time they are 38. Such mobile workers often do not see what value union membership would add to their lives.

What unions are trying to sell is decreasingly attractive to potential members, so unions are doing what declining businesses often do: They are seeking government protection, in the form of a law to insulate them from the rigors of competition. They want government to allow them to, in effect, silence the employers' side of debates about the merits of unionization.

This is where professor Easton -- again, she favors the "Employee Free Choice Act" -- is pertinent. Avoiding the sort of circumlocutions that Washington policymakers often use to conceal their thoughts, she said this to The New York Sun: "Because employers wield so much power, it's hard to figure out what kinds of lines to draw about employer speech."

The Employee Free Choice Act would short-circuit the process of persuading workers through a public debate between unions and employers, the winner of which would be determined by workers casting secret ballots. Welcome to the political culture that the McCain-Feingold campaign finance law is shaping. That law, which regulates the quantity, timing and content of political speech, is making it increasingly acceptable for interest groups to attempt to advance their social agendas by limiting their adversaries' speech.

Senate Democrats might not find 60 votes to bring this Orwellian legislation -- "free choice," indeed -- to a vote. But if it does reach the president's desk, he will veto it. He should have vetoed McCain-Feingold. Its speech restrictions -- applauded as virtuous by the (exempt) media -- have legitimized talk about "drawing lines" to circumscribe the speech rights of entire categories of Americans, in this case employers.

Still, herewith a modest proposal: Any member of Congress who was elected by a secret ballot should oppose the "Employee Free Choice Act."