Sumner Elementary back in the news 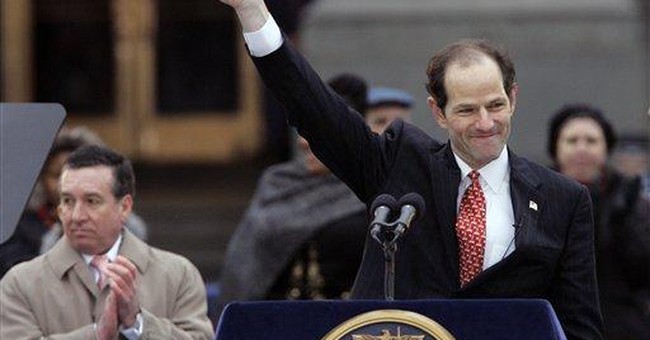 Fifty-seven years later, the Sumner Elementary School in Topeka is back in the news. That city's board of education is still wrongly preventing the right people from getting into that building. Two educators wanted to use Sumner for a charter school, a public school entitled to operate outside the confinements of dictated curricula and free from many work rules written by teachers unions. Their school would have been a back-to-basics academy for grades K through five, designed to attack Topeka's 23-point gap between the reading proficiency of black and Hispanic third-graders and that of whites.

When the school board rejected the application of the two educators -- African-American women -- but praised their dedication to children, one of the women was not mollified: ``A bleeding heart does nothing but ruin the carpet.''

Sumner is a National Historic Landmark because in 1950 Oliver Brown walked with his 7-year-old daughter Linda the seven blocks from their home to Sumner, where he unsuccessfully tried to enroll her. But Topeka's schools were segregated, so Linda went to the school for blacks 21 blocks from her home, and her father went to court. Four years later came Brown v. the Board of Education of Topeka.

Sumner, which has been closed for years, would have required costly repairs. Still, clearly one reason for the rejection was the usual resistance of public educators to innovations that challenge the status quo, meaning centralized control of schools.

In Arizona, some amazingly persistent and mostly liberal people are demonstrating the tenacity with which some interests fight to prevent parents of modest means from having education choices like those available to most Americans. In 1999, Arizona's Supreme Court upheld a program whereby individuals receive tax credits for donations they make to organizations that provide scholarships to enable children to attend private schools, religious and secular. More than 22,500 children have benefited from the program in a decade. Thousands of families are on waiting lists for scholarships because 600 Arizona schools have failed to meet federal academic requirements.

In 2000, Arizona opponents of school choice, in a suit filed by the American Civil Liberties Union, attacked the program in a federal court. They failed again, in a ruling issued in 2005, which was not surprising, given that in 2002 the U.S. Supreme Court held that there is no constitutional infirmity in government-sponsored and administered programs that involve ``true private choice'' by giving government aid directly to parents, who use it at their discretion for sectarian or nonsectarian schools.

Now Arizona opponents of school choice, thirsting for a third defeat, are challenging what Arizona's Legislature enacted last year. Noting the success of the individual tax credit for scholarship contributions, the Legislature has authorized corporate donors a dollar-for-dollar tax credit for contributions to private, nonprofit school tuition organizations. So opponents of school choice are trudging back to court where they will recycle twice-rejected arguments.

Doing the same thing repeatedly while expecting different results is a sign of insanity, but what really defines the plaintiffs is banality. This is about the control of schools by bureaucrats, about work rules negotiated by unions and, not least, about money -- not allowing any to flow away from the usual channels.

The public school lobby, which apparently has little confidence in its product, lives in fear of competition -- the fear that if parents' choices are expanded, there will be a flight from public schools. But the tide is turning:

Newark's Mayor Cory Booker, a member of the board of the national Alliance for School Choice, proposes a scholarship program similar to Arizona's. New Jersey corporations could get tax credits totaling $20 million a year collectively for scholarships for low-income students in five cities with especially troubled schools.

New York's new Democratic governor, Eliot Spitzer, proposes lifting the cap that restricts the state to a mere 100 charter schools. This common-sense idea -- lowering a barrier the government has erected to limit innovative schools that compete with the government's existing system -- is welcome, but not as bold as what Mayor Michael Bloomberg is doing with the nation's largest school system, New York City's, with 1.1 million pupils.

He is dividing large schools into smaller ones, emancipating many principals to be educational entrepreneurs under a system that holds them accountable for cognitive results. The logic of Bloomberg's reforms is that public money should follow wherever students are attracted by competing schools. So school choice is gaining ground in the city that has historically been ground zero for collectivist, centralizing liberalism.