Bush plan: Hope for a 'miracle' in Iraq 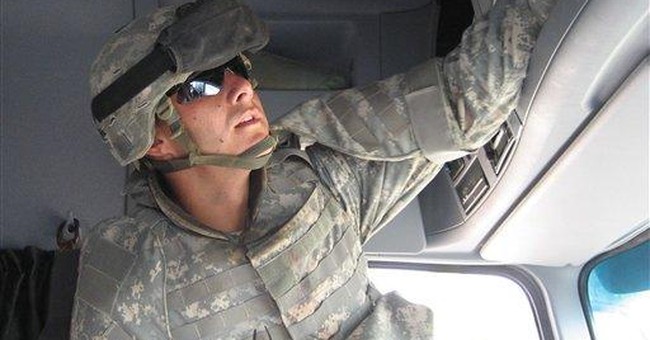 WASHINGTON -- During the battle of the Marne in September 1914, France's Marshal Foch declared: ``My center is giving way, my right is retreating, situation excellent, I am attacking.'' His brio is remembered because his tactic worked: It prevented a rout that might have swiftly ended what might not today be known as World War I. But, then, we cannot know that.

The president's Wednesday evening address was without Fochian panache. He surely knows that he cannot know how his new policy will unfold, any more than his critics can have reasonable confidence in the consequences of their alternative policy.

The president is probably wrong in thinking that 17,500 more U.S. forces can clear Baghdad until Iraqi forces can hold it. And he probably is wrong in thinking that economic pump-priming and jobs programs, which are usually disappointing when tried in America, can succeed amid Iraq's anarchy. Besides, Shiites are not torturing Sunnis with electric drills and Sunnis are not beheading Shiites because both sides are suffering the ennui of the unemployed. For Iraqis, ennui is a utopian aspiration.

But the president is right in framing his new policy as a ukase to Iraq's government: We are buying you time, and not much of it, for you to dash to competence concerning security matters. Bush's policy probably will not succeed, but at least we will know what were the parameters of the possible, given the government produced by those Iraqi elections that once were the source of so much U.S. confidence.

The president's gamble is not a larger one than Democrats are making with what they are adopting as a party position. They are right that the ``surge'' probably will not pull Iraq back from the abyss. But they are wrong to think that their policy is more than a variant of the president's policy: Shock treatment for Iraq's government, which is threatened with what, on Thursday, Secretary of State Condoleezza Rice icily called, with studied vagueness, ``the consequences now of nonperformance."

All sides recognize that the status quo in Iraq is untenable. Therefore those -- almost all Democrats, and a growing minority of Republicans -- who hope to block the ``surge'' are really for setting in motion a swift and irreversible process of U.S. withdrawal, in the hope that it will galvanize Iraq's government to military and policy capabilities that U.S. training and subsidies have so far been unable to produce. And if not, Iraq and the region probably will become a cauldron of conflicts with genocidal stakes for the sectarian groups involved.

Both the president's speech, and the Democrats' response to it, delivered by Illinois Sen. Dick Durbin, contained passages that bordered on the bizarre. The president said, ``If the Iraqi government does not follow through on its promises, it will lose the support of the American people.'' But that support was long since forfeited. Durbin called upon Iraq's government to ``disband'' the militias and death squads. Not destroy, but ``disband.'' How is that supposed to happen? By asking them nicely? ``Disband, please, and on the way home, if you see a Sunni (Shiite), give him a hug.'' The great question is whether Prime Minister Nouri al-Maliki will cooperate with crushing the Mahdi Army, which is the instrument of his patron, Moqtada al-Sadr.

Twenty years ago, Ken Livingstone, the (very left-wing) mayor of London, wrote a book titled ``If Voting Changed Anything They'd Abolish It.'' But America's November voting produced Wednesday's change in Iraq policy. Voters did not, however, intend to bring on what is coming: Chechnya in their living rooms -- a spike of high-intensity, high-casualty urban warfare, televised.

Bush and his thoughtful critics, ostensibly at daggers drawn, are actually in agreement on three points. First, the failed policy of the last three years is both militarily and politically unsustainable. Second, any substantial departure from that policy must involve a leap into the dark -- a bet on the future about which no reasonable person can be confident. Third, Wednesday night the nation embarked upon the beginning of the end of U.S. suzerainty in Iraq, where, Maliki has said, with more bravado than plausibility, that by June -- about when the full surge probably will reach Iraq -- his government will be able to handle its security challenges.

Foch's 1914 bravado helped produce the ``miracle of the Marne,'' which was followed by four years of carnage which destroyed empires, including the Ottoman Empire, a shard of which became Iraq. Today, in Iraq, the president's policy -- and that of his critics -- is to hope for a miracle.