George F. Allen served the Commonwealth of Virginia for over twenty years, as Governor, in both bodies of the United States Congress, and as a delegate holding Thomas Jefferson's seat and Assistant Minority Leader in the Virginia General Assembly.

Sworn in as Governor in 1994 George Allen brought sweeping reform that made Virginia a national model in economic development, public safety, education accountability, and good government. As a self-described "Common Sense Jeffersonian Conservative," Allen pushed through cutting edge reform with bipartisan support in a legislature held by the opposition:

-- Economic Development - The Allen administration created an economic development strategy that catapulted Virginia to the forefront nationally and causing the US News and Report to dub Virginia the "Silicon Dominion." Allen brought in over $14 billion in new investments and more than 300,000 new net jobs were created.

Elected to the United States Senate in 2000, George Allen continued to advocate policies to make America and Virginia a leader in innovation and technology. In 2001, he was appointed Chairman of the Senate High Tech Task Force and later in his term he created the Competitive Caucus to keep America the "world capital of innovation." Allen was a member on the Commerce, Science and Transportation Committee, Small Business and Entrepreneurship Committee, the Energy and Natural Resources Committee as well as Chairman of the Senate Foreign Relations Committee's Subcommittee on European Affairs.

Allen holds a B.A. in History with distinction as well as a law degree from the University of Virginia. He and his wife, Susan, reside near Mount Vernon in Fairfax County, Virginia with their three children: Tyler, Forrest, and Brooke. 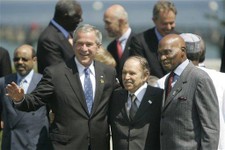