Gary Kurpius was elected Commander-in-Chief of the Veterans of Foreign Wars on August 31, 2006, at the VFW107th national convention, held in Reno, Nev. He is the first member to be elected to this office from Alaska.

Gary served in the U. S. Army from 1967-69. In Vietnam he served with the 541stTransportation Company providing convoy security throughout the central highlands. He was awarded the National Defense Service Medal, the VietnamService Medal with four bronze service stars and the Republic of Vietnam Service Medal.

In 1970, Gary joined VFW Post 1539 in Babbitt, Minn., where he became a life member in 1976. He earned the title of All American Post Commander in 1977, and in 1983 was named All American District Commander. Gary transferred to VFW Post 9785 in Eagle River, Alaska, in 1985 and is currently a Life Member of VFW Post 9365 in Wasilla.He has served as the Department of Alaska service officer for the last 19 years and as Department adjutant for the past 17 of those years. Gary was elected Department commander and earned All American Department Commander status in 2001.

Gary completed a four-year millwright apprenticeship and graduated in 1977 fromMinnesota’s Lake Superior State College in Duluth. He also attended Vermillion Community College. Gary is a member of the Military Order of the Cootie, American Legion and VietnamVeterans of America. In 1999 he received the Alaska Community Service Medal. Hewas selected Vietnam Veteran of the Year for St. Louis County in Minnesota by President Jimmy Carter and recently completed a two-year term as Governor Tony Knowles appointee to the Alaska Veterans Advisory Council.

Gary and his wife, Nancy, reside in Anchorage. They have three grown children. 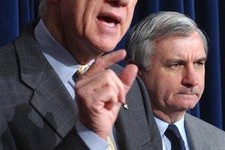