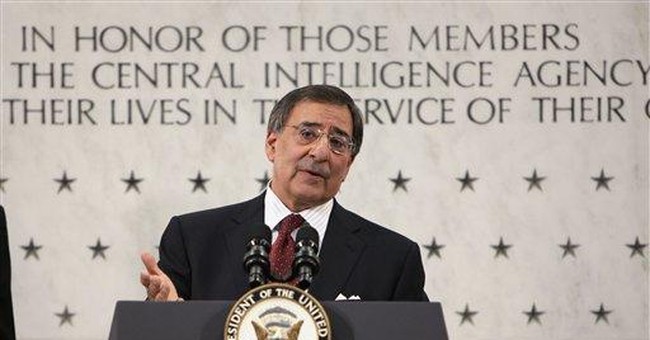 It has been more than two weeks since there was a breakdown in our national security apparatus that resulted in an attempted terrorist attack on Christmas Day. With so many questions still unanswered, many are left wondering what responsibility the President carries on the successes or failures of his executive branch to protect the American people.

This past Thursday, the President attempted to answer this question and contain the fall-out by stating to reporters that, “the buck stops with me.” We have heard this same statement from previous presidents, but what does it mean?

Having worked for the executive branch for three decades I can testify that the buck does stop with the President. He and the office have an enormous effect on how government employees behave and perform their functions.

While it is true that some presidents command more respect and are therefore more effective leaders, typically, federal employees pay careful attention to any president's policies and public pronouncements. And, if he has staffed the various agencies with the people he trusts to implement his policies, they in turn will install and enforce the preferred attitudes in the agencies, rewarding those who march in step and punishing those who resist the new order. Nowhere is this truer than in our national security and law enforcement agencies.

One reason current federal employees in these agencies pay careful attention to what the commander-in-chief wants is because they have seen the repercussions of displeasing Obama’s White House. This past fall, in a bold move to satisfy their hysterical and fanatical anti-Bush base, President Obama’s Justice Department appointed a special prosecutor to investigate alleged CIA interrogation abuses, despite a warning from seven former CIA Directors not to begin such an investigation.

By initiating inquiries into the actions of career federal employees and seeking to nail them for acts real or perceived, simply to satisfy an irritated voting block, the Obama administration has demanded that government agency employees tow his personal world view and ideological line.

For federal employees in charge of guarding our national security, where is the incentive to take a chance or to be aggressive in an atmosphere where the Obama administration has already targeted those who have?

The fear is real for federal employees who know that even if they survive the scrutiny of an official administrative inquiry, their career is likely irreparably damaged. The unintended consequence of this is a bunker mentality in the federal ranks. If one can simply hide for four years, a new boss will show up and things will get back to normal. The result will be CIA agents who will park their creative thinking and initiatives at the door, FBI agents who will read every terrorist their rights, twice, to be certain - and US Navy Seals who will line up for sensitivity training.

Well, I hope I am wrong about the Navy Seals. They are trained to be insensitive, right?

In previous administrations, with regards to our national security, there was a sense that the spirit of the law controlled, and that the letter of the law would be left to the lawyers. When I served in the first Bush administration, employees knew that “the boss” appreciated aggressive law enforcement and careful attention to national security. The administration reinforced this belief by repeatedly rewarding federal employees for passionate service, not punishing them for their aggressive efforts.

In George H.W. Bush’s administration I never saw, felt, or ever heard of a vindictive intent to punish federal employees in order to make an ideological point, or make a previous administration look bad politically. But I did witness this onerous attitude in Clinton’s White House, with Billy Dale and the Travel Office employees in his first term, and I am sorry to see it reappear in the Obama administration.

When a president is elected he either rises above his own political party to run an effective executive branch and protect our country, or he does not. Woe to the nation when he does not. Those in high government places, who twist the law for political purpose, are at the least corrupted, if not downright evil. And in this most recent intelligence failure, we nearly paid the bill for Obama's political distraction.

Comedian Will Rogers once said, “I'm not trying to be funny, I'm just reporting what your government is doing.”