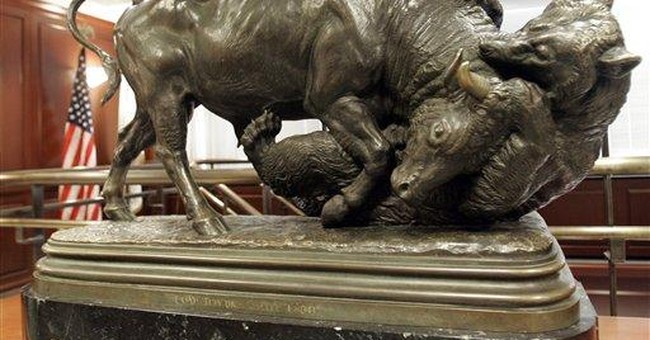 This column originally appeared on Fred Thompson’s blog at http://fredfile.imwithfred.com/.

Economist Larry Kudlow calls today’s American economy, “the greatest story never told.” If you’re generally predisposed to not support tax cuts and economic growth, you’re probably satisfied that the U.S. economy isn’t bragged on more. But you’d also be out of step with Americans traditional optimism, and out of step with reality, too.

The economic reality I’m talking about, and about which I’ve written on numerous occasions, is how well our country is doing economically thanks to the hard work of the American people, the innovation and competition our free market encourages, as well as the Bush tax cuts that helped spur 5½ years of economic growth.

Lower tax rates have increased economic growth to such a degree that we have been breaking tax-revenue records.

Since the spring of 2003, the economy has had average growth of over 3%, 8.2 million jobs have been created, and the inflation rate has stayed low. The current unemployment rate, 4.6%, is a full percentage point below what it averaged during the 1990s, and there have been 47 consecutive months (almost four years) of job growth. In the last three years, workers’ salaries have risen by $1.2 trillion, or $8,000 per worker, and consumer confidence recently reached its highest level in almost six years.

People have pointed out that journalists were trumpeting economic statistics during the Clinton administration that were not as good as those we have now, hence the “greatest story never told.” I think they want to play down how well we’ve done with lower tax rates, because it interferes with the ability of their friends in Congress who believe that a virtuous society is one that divides the economic pie, taking more out of taxpayer pockets and letting government do more with those dollars. To them, growing the pie means taxing the people more, which then gives the government more money to transfer to others. But conservatives know better. The economy can only really grow when you let people keep more of what they earn.

No matter how you slice this story, this economic record is one we should be proud of. But America should not rest on these accomplishments, or abandon fiscal restraint and other commonsense principles like fighting inflation and keeping regulation to a minimum. Our economy looks great right now, but a rosy outlook isn’t going to pay the bills or ensure a strong economy.

We need to make sure that America remains the most innovative economy in the world and the best place to invest, start a business, and create jobs.