A Better than Fair Day 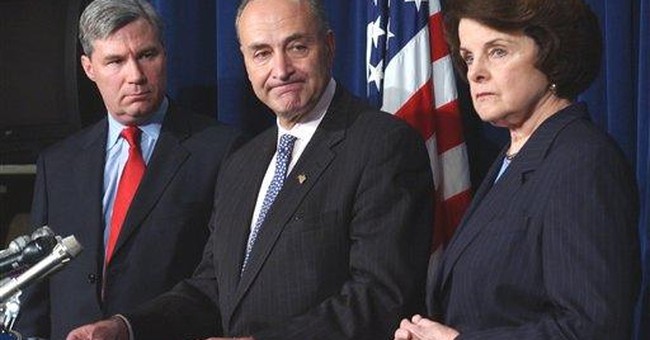 Yesterday was a good day. Talk radio, along with the blogs, helped block an immigration bill that the American people overwhelmingly opposed. Then, a congressman, who is also an ex-radio talk show host, managed to get a “yes” vote on language in a House bill that could permanently stop those who want to resurrect the Fairness Doctrine.

We've been hearing threats to use the obsolete Fairness Doctrine to go after talk radio ever since the left-leaning talk radio network, Air America, failed. Ironically, I think Air America might have had a shot if its target audience hadn’t already been served so well by many in the mainstream media. But regardless, giving the government veto power over radio stations' programming decisions is wrong. I don't think forcing the one sector of the media where conservatives have a clear voice to provide equal time to liberals is the American way. At the very least, it has a chilling effect on station owners.

I understand how the left feels though. For most of my life, the big broadcast television networks and almost all the major newspapers and magazines presented only one side of a lot of issues. Talk radio is a relatively small part of a bigger media picture, but I imagine it aggravates the new congressional majority to hear their opposition’s arguments without the old filters.

I would remind them, though, that a few Republicans were elected even when the entire mainstream media was painting us as heartless Neanderthals. I would also remind the current congressional leadership that they managed to win the last election despite talk radio.

Americans are smart enough to recognize news that’s biased -- even when journalists pretend they’re not. New polls show that more than seven in 10 people recognize that the news comes with an agenda. So maybe we should welcome a new Fairness Doctrine. We could start by requiring that every broadcast television news show be co-anchored by both a liberal and conservative; and all major newspaper staff be evenly divided.

Not much chance of that happening. Nor should it in a free country -- but I'll tell you something that those who want to control the media apparently don't know. Everyday, more people are listening to streaming radio on the Web and downloading podcasts. Some popular talk shows skip radio altogether and go straight to the Internet. You can even hear talk shows on Web-enabled telephones if you want, and that will get much easier and cheaper quickly.

If the current stars of talk were pushed off the radio dial, they'd get their audiences anyway. The era of controllable media is over, and nothing will ever bring it back.

Landon Mion
Sick Games: COVID Trutherism Hits Virginia As Scores of Libs Wonder if Glenn Youngkin Is Infected
Matt Vespa
The March for Life Just Took Place on Friday to Mark the Anniversary of Roe v. Wade. Could It Be the Last One?
Rebecca Downs