Speaking Up for Freedom 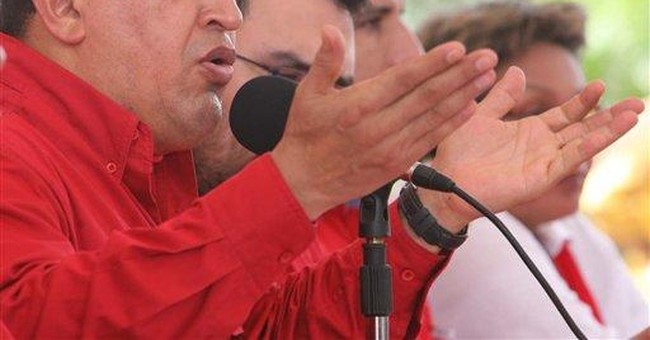 Well, he's done it. Hugo Chavez was already systematically silencing criticism of his autocratic rule through threats and intimidation. Journalists have been threatened, beaten and even killed. Now he's shut down the last opposition television networks in Venezuela and arrested nearly 200 protesters – mostly students. It’s a monumental tragedy and the Venezuelan people will pay the price for decades to come. Americans are also at risk as he funds anti-American candidates and radicals all over Latin America.

It’s equally tragic that the U.S. is in no position to provide the victims of this emerging dictator with the truth. There was a time, though, when Americans were on the front lines of pro-freedom movements all over the world. I'm talking about the “surrogate” broadcast network that included Radio Free Europe and Radio Liberty, often called "the Radios."

When Ronald Reagan was elected, he greatly empowered the private, congressionally funded effort and handpicked the Radios’ top staff to bring freedom to the Soviet Union. Steve Forbes led the group.

Cynics still say that the USSR fell of its own weight, and that President Reagan’s efforts to bring it down were irrelevant, but Boris Yeltsin and Mikhail Gorbachev say differently. Both have said that, without the Radios, the USSR wouldn't have fallen. The Radios were not some bland public relations effort, attracting audiences only with American pop music. They engaged the intellectual and influential populations behind the Iron Curtain with accurate news and smart programming about freedom and democracy. They had sources and networks within those countries that sometimes outperformed the CIA. When Soviet hardliners and reformers were facing off, and crowds and tanks were on the streets of Moscow and Bucharest, the radios were sending real-time information to the people, including the military, and reminding them of what was at stake.

Then we won the Cold War. The USSR collapsed in 1991, and America relaxed. Military downsizing began and the Radios began to reduce broadcast air time to target countries.

Now, of course, we know that the Islamofascists, many trained by the old Soviets, were making plans and plots of their own. Unfortunately, the plans to broadcast a pro-freedom message into Iraq, Afghanistan, Pakistan, Iran, Uzbekistan, Georgia, Kurdistan and Ukraine were shelved or diluted. Reagan's ideological audacity was replaced with a more "diplomatic" tone.

And see where it's got us? Not only has Islamic totalitarianism spread without a true ideological challenge, many of the freed Soviet bloc countries are slipping back into repression. Russia is making the same old threats and even protecting Iran's efforts to build nukes.

We'll never know if Afghanistan might have rejected al Qaeda if America had actively engaged that country as we did those Eastern Europeans. We can't know if Venezuelans would have chosen liberty over the false security of authoritarianism if they had been challenged to face the issues. I do know, though, that it's time for a new generation of Americans to stand up for freedom -- like others before us. And this time, we’ll have a whole new set of media technologies.