The Immigration Bill: Comprehensive or Incomprehensible? 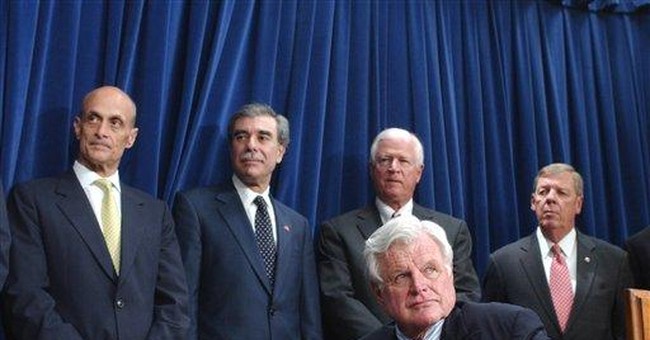 Most Americans know that we have an illegal immigration problem in this country, with perhaps as many as 20 million people residing here unlawfully. And I think most Americans have a pretty good idea about how to at least start solving the problem – secure our nation’s borders.

But there’s an old saying in Washington that, in dealing with any tough issue, half the politicians hope that citizens don’t understand it while the other half fear that people actually do. This kind of thinking was apparent with the “comprehensive” immigration reform bill that the U.S. Senate and the White House negotiated yesterday.

I’d tell you what was in the legislation, but 24 hours after the politicians agreed the bill looked good, the Senate lawyers were still writing what may turn out to be a one thousand page document. In fact, a final version of the bill most likely will not be made available to the public until after the legislation is passed. That may come five days from now. That’s like trying to digest an eight-course meal on a fifteen-minute lunch break.

The fact is our border and immigration systems are still badly broken. We were reminded of this when Newsweek reported that the family of three of the men, arrested last week for allegedly plotting to kill American military personnel at Fort Dix, New Jersey, entered the U.S. illegally more than 20 years ago; filed for asylum back in 1989, but fell off the government’s radar screen when federal bureaucrats essentially lost track of the paperwork. Wonder how many times that’s been replicated?

Is it any wonder that a lot of folks today feel like they’re being sold a phony bill of goods on border security? A “comprehensive” plan doesn’t mean much if the government can’t accomplish one of its most basic responsibilities for its citizens -- securing its borders. A nation without secure borders will not long be a sovereign nation.

No matter how much lipstick Washington tries to slap onto this legislative pig, it’s not going to win any beauty contests. In fact, given Congress’s track record, the bill will probably get a lot uglier -- at least from the public’s point of view. And agreeing to policies before actually seeing what the policies are is a heck of a way to do business.

We should scrap this “comprehensive” immigration bill and the whole debate until the government can show the American people that we have secured the borders -- or at least made great headway. That would give proponents of the bill a chance to explain why putting illegals in a more favorable position than those who play by the rules is not really amnesty.