Those Who Cannot Remember the Past 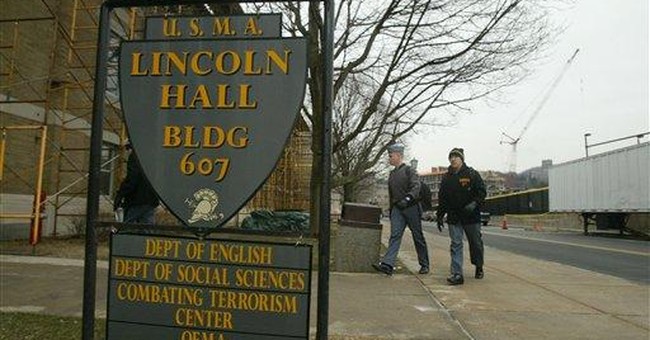 If you went to college in the sixties, like I did, you might not know how much higher education has changed since then. Universities today are different places. At Vanderbilt, where I got my law degree, I hear you can take courses in third wave feminism or colonial governmentality.

Your guess is as good as mine.

On the other hand, some of the courses that we took for granted aren't around at all. One area of study that's almost disappeared from universities today is military history -- the history of warfare.

I was reminded of this recently, reading a piece in The New Republic by historian David Bell. He's certainly not the only person to mourn this change, though. One of my favorite historians, Victor Davis Hanson, wrote on the same subject several years ago in National Review.

There are a number of reasons that military history is no longer taught. Partly, it has to do with the ideological shift in university faculties over the past few decades. The post-Vietnam anti-war movement tends to see all wars as mutual mistakes -- with both sides in a conflict equally wrong. Some of these folks think war can be avoided by refusing to have anything to do with it.

Hansen thinks it also has something to do with the spread of nuclear weapons during the Cold War. In an age with intercontinental ballistic missiles, the old subjects of strategy and tactics can seem obsolete. The importance of battles at Valley Forge or the Alamo might not be evident if you're thinking of warfare in terms only of pushing big red buttons.

The enemies of civilization, though, have adapted -- as they always do. Nuclear deterrence won't protect you if the other side thinks they win if we all die together. Furthermore, they've learned to hide among the innocent. Iran's missiles, nestled among civilian neighborhoods and UN outposts in Lebanon, were fired into Israel -- but Iran was never hit back. The British and the Spanish have discovered, through terrorist attacks on bus and train lines, that the enemy is studying us daily. They learn our every weakness by living and working among us – but our schools have stopped offering courses that would help us meet their challenge.

All of this means that if there were ever a time to put our best minds to the study of warfare, it is now. I know that, for many people, it's an unpleasant topic they would just as soon avoid -- but history that ignores the importance of warfare is not history. There is a reason that both sides in the Civil War studied Sun Tzu’s “Art of War” – though it was written in the 5th or 6th Century BC.

Hansen writes, "The hundred years of talking about slavery was not as important as two days at Gettysburg. The success or failure of Normandy affected Hitler more in an hour than had years of pleading with him in the 1930s."

If for no other reason than that we want to avoid war whenever we can, universities should at least offer the option of studying it. We know that students would sign up for the classes, because books on the subject are always reliable sellers. Television programmers have also responded to the sizable hunger for military history.

These alternate sources of information are important, but they don't replace the need for serious scholarship in our universities. If you agree, I have a suggestion.

One thing we know for sure about colleges, they're better than bill collectors at tracking you down. If you ever took a single class, you'll be asked for contributions the rest of your life. Next time you get one of those calls, ask that student fundraiser to pass on the message that you'd probably give more money to the old alma mater if the school were offering more classes in military history. It's worth a try, anyway.

Leftists Are About to Kill Millions of People Right Before Our Eyes
Townhall
Chasten Buttigieg says 'a 'one door' solution' is a stupid idea and 'you have failed our kids' if you don't understand that
Twitchy
Witnesses: Police Refused to Enter School as Uvalde Shooter Rampaged, Subdued Parents Begging Them to Act
Redstate
Mass Shooting Facts to Shut Down Your Liberal Sister and Her Annoying, Man-Bunned, Non-Binary 'Boy' Friend at Your Memorial Day BBQ
PJ Media