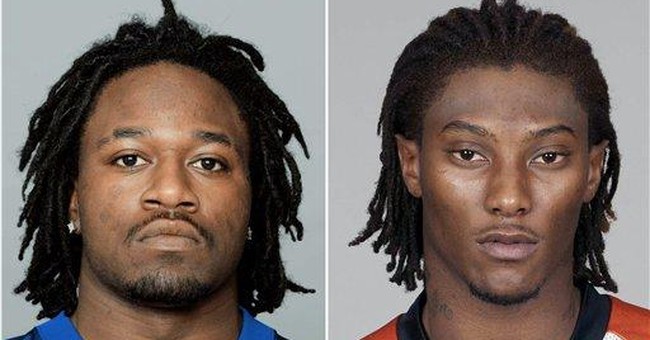 I've been a dedicated fan of professional football since I was a kid. I have the "premium" satellite football package and I've had seats for Tennessee Titans games since they first came to Nashville. So you can probably guess what I'll be doing this weekend. Like a lot of other fans, I'll be listening to draft guru Mel Kiper, Jr., as the NFL draft plays out in New York.

This year, though, the process of player selection has taken a decidedly political turn. You might even think it was taking place in Washington DC, with the league scolding teams for leaking personal information about prospective players, such as admissions of marijuana use. There have even been reports that top draft picks have been tailed for weeks by private detectives looking for signs of character flaws.

The backstory for this new focus on off-field behavior, of course, is the disastrous public relations season the NFL had last year. So let me turn my attention for a moment from more pleasant topics, like how great Vince Young will be with a year under his helmet, to ask the league brass a few questions.

Here's one. Why do these teams keep drafting players with character defects you can see at 100 yards in the dark with your back turned?

To use a phrase increasingly familiar to NFL players: Your honor, I give you "Exhibit A" -- in this case, one Adam "Pacman" Jones, the sixth overall pick of the 2005 draft. Pacman plays (or did play) cornerback for the Titans. Watching him return a punt through tacklers was like trying to watch a bullet ricochet. As a wag once said about a young baseball player: He can turn out the light and be in bed before it's dark.

Unfortunately, Pacman seems to think his talent entitles him to behave like one of Tony Soprano's cousins. In his brief career, he's probably already cost the Titans games with his "look at me" celebrations and cheap-shot penalties. His on-field behavior, though, is a model of decorum compared to what he's done off the field -- including reports of assault (twice), disorderly conduct, vandalism, marijuana possession and taking a swing at a police officer.

Finally, as most football fans and all Titans boosters know, Jones and his entourage invaded a strip club (the usual scene of his hooliganisms) during this year's NBA All Star Weekend in Las Vegas. There, he reportedly "made it rain" by showering the ladies with a satchel full of more than $80,000 in dollar bills. Apparently, some of the performers thought the money was meant for them and started picking it up. Pacman, however, thought he was going to get it back and a disagreement ensued. Naturally, this called for gunplay and someone -- whom the club owner says was part of Pacman's group, though the cornerback denies it -- shot three people and left a 43-year-old security guard paralyzed below the waist for life.

This was too much even for the NFL, which booted Pacman from the 2007 season. Unfortunately, this was not the only stain on the sport last year. Nine Cincinnati Bengals, trying perhaps for at least one year-end record, were arrested. Maybe their parole officer ought to have a desk in their locker room.

So here are a few more questions. Has there ever been a case where a young player first showed his penchant for getting arrested on a regular basis only after turning pro? I doubt it. Similarly, are NFL teams operating under the assumption that having a few million dollars of spending money in their pockets is going to make better citizens out of these guys?

The drill must go something like this. On draft day, they look at a young man's talent. Then they look at his rap sheet. Then someone evidently concludes, "He'll be better when he's with me. He'll change." That's right -- same line used by starry-eyed, self-deceived brides -- same results.

Then the athlete is drafted and the problems resume -- arrest, headlines, lawyers, team meetings, arrest, apologies, civil suits, suspensions, more apologies, rationalization by team and finally, as in Pacman's case, the loss of an entire season. So this is my last question for the teams this year. Wouldn't it make more sense to draft a kid with just a little less talent, but a bit more understanding of just how fortunate he is to be playing in the big leagues?

There are a lot of kids out there who idolize star players and will copy their behavior -- whether it is good sportsmanship or hanging out at crime scenes. In the long run, though, it may be purely business that teaches the league the cost of benching morality. The Titans, after all, are going to play a year without one of their best players. I wonder what that's going to do to their bottom line.