Rewriting History a Classroom at a Time 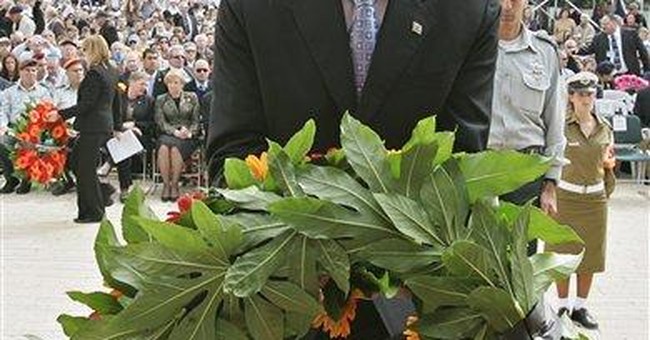 By now, we're used to people like Iranian President Ahmadinejad denying that the holocaust ever happened, even while he and his regime promise not only the destruction of Israel but the elimination of Jews internationally.

It's bad enough hearing from a distance about the bizarre anti-Semitic theories taught by heads of state as well as schools and religious leaders. Now, according to a study funded by the British government, we find out that some schools in Great Britain have stopped teaching history that is offensive to Muslim students. The topics that have been erased from the curriculum, the study found, include both the Nazi genocide and the Crusades.

This rewriting of history through omission wasn't some government policy. It was the result of individual decisions in local schools by teachers with large populations of Muslim students. Unfortunately, many of these students have been taught by parents and mosques that the holocaust never happened and that the Crusades were an unprovoked attack on Islam by European Christians. History books that present these events in any other light, they believe, are part some giant conspiracy designed to attack their very religion.

If anybody needs to hear these facts, it is the children who are being abused by those who are teaching the same hateful lies that have helped turn the Middle East into the self-destructive and often suicidal mess it is today.

The British are, in the main, a particularly polite people, but there is a point when the desire not to offend the easily offended becomes an even bigger problem. We've already seen an English organization ban images of Piglet, the harmless character from the classic Winnie the Pooh books, because of protests by those who imagine that simply seeing a cartoon pig is a violation of their civil rights. We've even seen the banning of pins bearing St. George's cross, because it reminds some of the Crusades -- accompanied by demands that Great Britain get rid of the venerable Union Jack for the same reason.

These views, common in the Middle East, are not just an academic or intellectual challenge. We have seen homegrown British terrorists act on the same lies and conspiracy theories that are now being used to silence teachers. Ideas do have consequences and we all need to understand that the war on terror is taking place as much in the realm of ideas as it is on the battlefields of Iraq and Afghanistan.

America is a free country and we do not tell people what they can believe or say. We should realize, however, that there are people in America who are also telling their children that the holocaust is a lie and that those who say otherwise are their enemies. We cannot prevent them from doing so, but we also cannot let them promote their agenda by claiming they are victimized by historical facts.

It's time for people who believe that they have a stake in Western civilization and its traditions to get a little backbone -- even if it offends somebody.