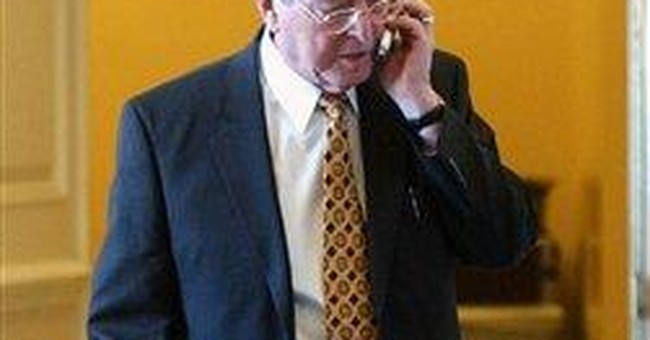 Some time ago, I was watching an old Humphrey Bogart detective movie and it struck me that the fictional jobs of Sam Spade and Philip Marlowe would have been a lot easier if they had cell phones. In fact, a lot of those great old plots don't make any sense at all in the age when you can reach just about anybody at just about any time. It used to be that filmmakers could keep characters in the dark and build dramatic tension just by taking them away from telephones. An actor could pick up a phone and say, "The line's been cut," and you knew that ominous music would follow automatically.

Cell phones, of course, have made that staple scene a joke, but that doesn't mean that we've all learned to use this new technology to its best advantage. For example, we know that criminals who commit home invasions routinely lift the receiver off the first telephone they come across, preventing anybody who might be in the house from using another extension to call the police. So if you're serious about home security, you should sleep with a cell phone on the nightstand.

The response by Virginia Tech authorities to the shootings last week makes the point even more clearly. The proof is that, minutes after the shootings began, blogs started posting information sent by eyewitnesses who used "text messaging" cell phones and other mobile devices. Many students, however, didn't learn about what was happening until hours later, and then through a less modern technology -- the bullhorn. This was, sadly, a crisis response from the era of black and white movies, not the age of the Internet and IM.

It's not just about technology though. When the first two shootings took place earlier in the day, the university decided to go on with business as usual. After the fact, critics are saying there should have been a campus-wide lockdown. But that reasoning frames the administration's decision in "top-down" terms -- the authorities making decisions for the people instead of letting the people make decisions for themselves.

At the very least, everyone should have known that a double homicide had taken place and that the killer's whereabouts were unknown, so that every individual could have decided what was the appropriate response to that kind of danger. There are various technologies that could have been used to get that information out, from mass e-mails and automated phone calls to instant messaging.

This lesson should be applied to homeland security, and now more than ever. Al Qaeda, intelligence sources are reporting, is intensifying efforts to strike Western targets. The West is going to be facing this problem for a long time to come.

After the 9/11 attacks, plans were put in place to create a system that should allow citizens to receive local emergency information via messaging, and to report suspicious or terrorist activities. These plans will have benefits in situations such as the Virginia Tech incident, as well.

However, it’s not just security technologies that need to change, but also the old black and white era attitudes of those who administer them.