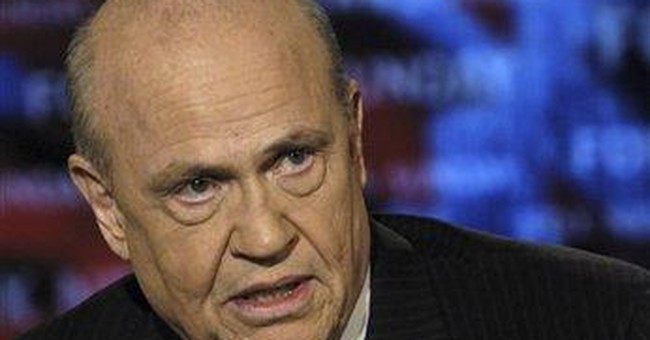 My friend, Ramesh Ponnuru, over at National Review and I had a little disagreement over the issue of Federalism.

It might seem a little like "Inside Baseball" but, actually, it deals with something that is of importance to everyone who is concerned about the expanding power of government. Our government, under our Constitution, was established upon the principles of Federalism -- that the federal government would have limited enumerated powers and the rest would be left to the states. It not only prevented tyranny, it just made good sense. States become laboratories for democracy and experiment with different kinds of laws. One state might try one welfare reform approach, for example. Another state might try another approach. One would work and the other would not. The federal welfare reform law resulted from just this process.

Federalism also allows for the diversity that exists among the country's people. Citizens of our various states have different views as to how traditional state responsibilities should be handled. This way, states compete with each other to attract people and businesses -- and that is a good thing.

Everyone in Washington embraces Federalism until it comes to someone's pet project designed to appeal to the voters. Then, oftentimes, even the most ardent Federalist throws in with the "Washington solution" crowd. I fought this for eight years in the Senate. I remember one vote (I believe it was 99 to one) when mine was the only vote cast for Federalism. The bill would have created a federal good Samaritan law.

Now I can assure you that I have nothing against good Samaritans. If a person stops to help someone in distress on the highway and something bad happens, generally, the good Samaritan should not be sued by some overly ambitious trial lawyer. But states are, and have been for years, perfectly capable of handling this burning issue -- as well as all of the sub-issues that are raised, such as who should be protected as a good Samaritan. What if he was intoxicated and made a slight misstep while applying medical relief? What if he was not impaired, but made a gross error and turns a minor problem into a significant one? You get the idea. This is traditionally state law stuff. Is this really something the federal government should involve itself in?

I thought not, but even some of my conservative colleagues (as well as writers) get caught up in the desire to federalize an issue if they could help a "good guy" or stick it to a "bad guy." This may be a desirable goal in the abstract but I don't think our Founding Fathers had this in mind. Adhering to basic principles that have served our country well is much too important. That's why I suggested to Mr. Ponnuru that if conservatives use Federalism as a tool with which to reward our friends and strike our enemies, instead of treating it as a valued principle, we are doing a disservice to our country -- as well as to the cause of conservatism.