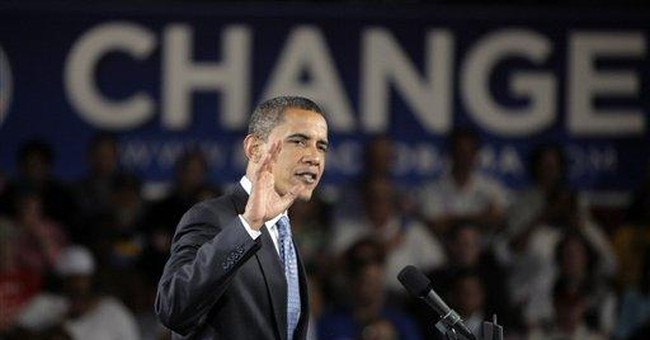 Frank Pastore: ACORN is an acronym that stands for the Association of Community Organizations for Reform Now. They are up to their eyeballs in voter fraud. When the subject of voter fraud is mentioned there is one expert in America that nearly everyone turns to and he is John Fund of the Wall Street Journal, and his book “Stealing Elections: How Voter Fraud threatens Our Democracy….”

Give us an overview—a lay of the land….

John Fund: ACORN is the left-wing housing lobby that was at the heart of the sub-prime mortgage crisis. They pushed Congress, Fannie Mae, Freddie Mac and banks to put out loans to people who weren’t credit worthy, they helped tip this crisis into the disaster that we have now. And they are out registering voters, mostly for Barack Obama, and in 12 states there are investigations into their fraud. Las Vegas is the most kindly. The Attorney Generals office raided them yesterday took all of their computers and files. ACORN has responded by saying this is a stunt designed to discredit our efforts and bring back discriminatory voting practices. In reality what ACORN had done is they had hired supervisors to run this voter registration program who were former felons, including felons who had been put into prison for identity theft. ACORN is now hiring specialists to do their work apparently.

Pastore: So, the problem that strikes so many people on this is not the overwhelming bias, but the fact that we are paying for it. Michelle Malkin had a piece [where] she cited 40 percent of ACORN’s budget is paid for by the American taxpayers. Is that true?

Fund: They get a lot of grants, they get a lot of housing subventions, and they get a lot of money to help build public housing. It is a classic case of the left-wing getting the capitalists—the productive private sector in this country—to pay for the rope that they are trying to hang them with.

Pastore: So how widespread is this?

All of your listeners have a civil right, two civil rights actually: There’s a civil right not to be intimidated or prevented from voting. We fought a voting rights struggle in the 1960s to make sure that doesn’t happen. You need to do that again and often. But we also have a civil right—all of your listeners—not to have your vote cancelled out by someone who shouldn’t be voting, someone who is voting twice, or someone who doesn’t even exist. And that means you can be disenfranchised as easily as if you are prevented from voting. And whether it’s a felon or whether it’s someone from out of state, or whether it’s an illegal alien—any of these votes subvert our democracy, destroy the legitimacy of our elections and make it more difficult for whoever gets elected in a close race to govern effectively.

Pastore: …The offense is obvious—that people who have a legitimate vote can be cancelled out by those with an illegitimate vote. Talk to us about how the legal process works, where it is long after the fact that wrongdoing is every confirmed and proved in a court of law.

Fund: The time to prevent voter fraud is before an election because we have a secret ballot. And if people vote illegally it is very difficult—almost impossible in most cases—to go back into the pile of votes that are cast in an election (which is a secret ballot and there are no names attached to the votes) and pick out the ones that are illegitimate. So, once the voter fraud is committed you might be able to punish the malefactors if you look hard enough, but you may not be able to prevent the election from being stolen.

Pastore: Well, as I believe it was you that had said, or maybe it was Stanley Kurtz who has been writing a lot about ACORN lately, he said it’s going to be about the time of Barack Obama’s second term as president if there is any kind of an investigation that goes on in this. What are you most concerned about as you are the expert on voter fraud in America?

Fund: I am most concerned about the fact that Barack Obama has ties to ACORN. He was their top trainer, he was their lawyer in election law litigation, he provided funding to them from the Wood Foundation that he sat on the board of. His ties to ACORN have not been fully explored. And Barack Obama has himself never, never criticized ACORN publicly. Instead his campaign has hired an ACORN affiliate and paid them $800,000 for election services. They misidentified that affiliate to conceal, I believe, the form of the payment and that it went to ACORN. I fear we are going to elect a candidate backed by an organization which has complete contempt for the election laws of this country. And Barack Obama has never criticized them.