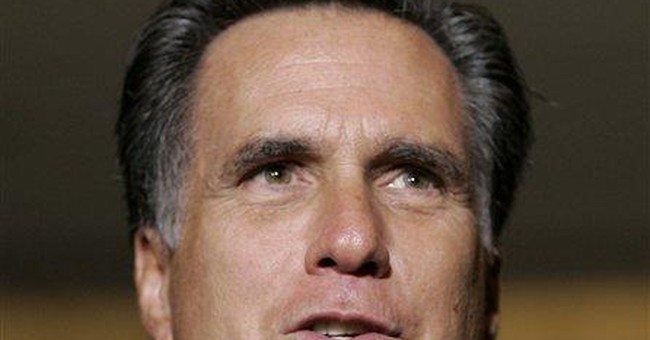 The first Christians were charged with blasphemy because they refused to confess “Caesar is Lord.” For this crime against the state, they were crucified, lit on fire, and served as human torches to light the evening parties in Caesar’s gardens.

Jesus was the first to teach the separation of church and state. His followers were instructed to “Render unto Caesar, that which is Caesar’s, and to God, that which is God’s.” This was a direct challenge to the unified powers of Caesar as both priest and king. It was required of Roman citizens to proclaim “Caesar is Lord.” But for Christians, only Jesus is Lord. For this reason, a person could not be both a Christian and a good citizen of Rome.

Plato addressed this theological-political problem in his Laws and it is elucidated in the nexus of the good man, the good citizen and the immoral law. In ancient Greece, each city-state had its own gods that demanded worship--and thereby laws to be obeyed, in order to be a good citizen in good standing. Plato raised the question, if a good citizen is one who obeys the laws of his own city, then what happens when he travels to another city? Is he no longer a good citizen in the foreign city? Can there be such a thing as a good man who is a good citizen in every city? If gods make the laws, and some laws are wrong, then are some gods wrong? That is, can there be a universal law that is higher than each particular, local law? Is there an Almighty God who is always right and the Author of the true moral law who rules over lesser local deities who are often wrong? If so, then can there be such a thing as an immoral law? Is there a universal morality that trumps the merely legal?

Our founders would refer to this highest moral law as “the Laws of Nature and Nature’s God,” or, more simply, as Natural Law.

For Christians, the lessons are clear.

On the question of “Who is Lord?” The Christian can only respond, “Jesus is Lord.”

In light of this, some thoughts regarding the candidacy of Mitt Romney and my good friend, nationally-syndicated radio host Hugh Hewitt, author of A Mormon in the White House?

Hugh says bigotry is exposed by simply inserting the word “Jew” for “Mormon” in suspect statements. This seems to imply that both stand in the same relationship to Christianity. This is not so. Jews and Christians worship the same God, Mormons worship different gods. And Jews don’t insist they are the restoration of Christianity after eighteen centuries of apostasy.

Since Joseph Smith so clearly misrepresents the person and work of Jesus Christ, and the Book of Mormon is antithetical to the Bible, why would it be bigotry if someone chooses not to support such heresy?

Hugh’s political point here is that any American is bigoted for rejecting a candidate simply because of his or her religion. My primary concern is that Christians will become excessively “tolerant,” that they will bend their knees to the Caesar of political correctness, that they will lose their confidence to confront a fallen culture, that they will be unwilling to say, “X is a false religion that teaches a different Jesus”—whether that X is Scientology, Islam, or Mormonism.

Hugh supports the idea that theology should have no place in political discourse. This, at a time when the world’s greatest threat is from political Islam? I argue that we actually need more public discussion of theology and religion, not less.

Perhaps Hugh’s point is, “Let’s not talk about this candidate’s religious beliefs, they’re not appropriate topics of political discourse.” I disagree. The issue is not Romney the man, but Mormonism the religion. Surely, every Christian has the responsibility to defend their faith, and what is Mormonism if not a public attack upon Christianity, the Jesus of the New Testament, and the Bible? What better opportunity to have this debate than when a Mormon is running for the presidency?

I wish Christians were as zealous and protective of the Gospel as some people are of political candidates.

As a political conservative, I like Romney more than I like Giuliani or McCain. If he wins the nomination, I’ll vote for him.

But my primary concern is as a Christian. This means that I’m concerned that should Romney win, public criticism of Mormonism will be chilled, the Gospel will be compromised, and Christians will have elevated the political expediency of the state above the eternal purposes of the church.

This must never happen. For to me, Jesus is Lord, not Caesar.

Every Christian should want Mormonism exposed for what it is to all the world. Even if it becomes the religion of the President of the United States.