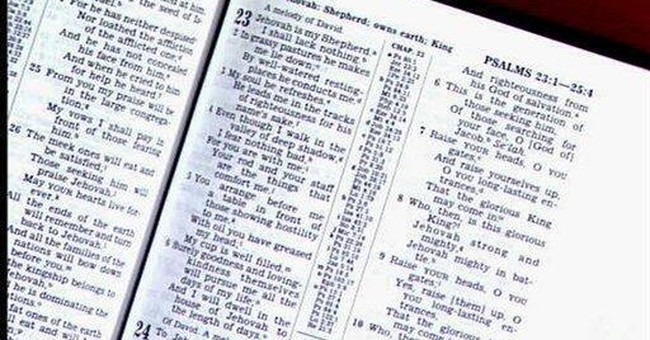 How should a Christian view illegal immigration?

I’ll assume you’re already familiar with how the debate frequently goes. Basically, both sides toss verses at one another. Those who favor amnesty cite “alien-stranger-hospitality” passages. Those who favor legal immigration cite “law” passages.

Perhaps the story of the Good Samaritan can help:

And a lawyer stood up and put Him to the test, saying, “Teacher, what shall I do to inherit eternal life?”

And He said to him, “You have answered correctly; do this and you will live.” But wishing to justify himself, he said to Jesus, “And who is my neighbor?”

Jesus replied and said, “A man was going down from Jerusalem to Jericho, and fell among robbers, and they stripped him and beat him, and went away leaving him half dead. And by chance a priest was going down on that road, and when he saw him, he passed by on the other side. Likewise a Levite also, when he came to the place and saw him, passed by on the other side. But a Samaritan, who was on a journey, came upon him; and when he saw him, he felt compassion, and came to him and bandaged up his wounds, pouring oil and wine on them; and he put him on his own beast, and brought him to an inn and took care of him. On the next day he took out two denarii and gave them to the innkeeper and said, ‘Take care of him; and whatever more you spend, when I return I will repay you.’ “Which of these three do you think proved to be a neighbor to the man who fell into the robbers’ hands?”

And he said, “The one who showed mercy toward him.”

What can this teach us?

The Samaritan is honored as “good” for showing mercy to the beaten man because he used his own time, effort and resources to do so. It was he that took the time to bandage the wounds. It was he and his beast that transported the beaten man to the inn. It was his money that paid for the recovery.

There are a number of important lessons to be learned here. First, I cannot be generous, compassionate or loving by giving your property away. I cannot fulfill the commandment to “love my neighbor as my self” by using your land, your property, your house or your money to do so.

The Good Samaritan is good because of his generosity with his own resources. Why then are so many Christians eager to spend my money or the resources of others (through tax revenue) on what God is calling them to do?

Why are they so insistent that I should give more money to the poor, when they are free to give all that they own without restraint? Why do they want to raise my taxes—seize my property—as they portray themselves as compassionate and caring? Have they forgotten the commandment not to steal (Exodus 20:15)?

There is at least one more lesson we can derive that is valuable for the immigration debate: Private property is secured and protected by our ability to lock our doors and close our gates. Locked doors on private homes can be compared to secure borders to the national economy. Both protect the private assets that are on the other side; both elevate the value of the rule of law.

“Christian” supporters of open borders and amnesty using carefully-selected Bible verses need to be honest. Call your attempt to be generous with the property of others what it is: a form of theft. And call your socio-economic political public policy what it is: socialism.

And, if you—in effect—raise your own taxes by freely choosing to donate more of your own money to the poor of the third world, you might come a little closer to actually becoming…